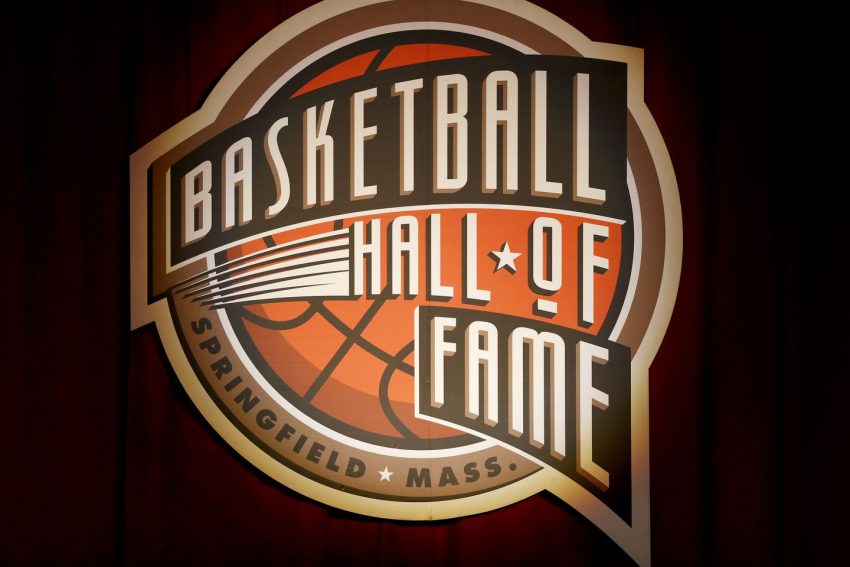 The Basketball Hall of Fame unveiled its 14 finalists for enshrinement:

Paul Pierce, a 10-time All-Star and former Finals MVP with the Boston Celtics, headlines the class as a likely selection. This is his first year on the ballot.

Chris Bosh, a two-time champion with the Miami Heat and an 11-time All-Star overall, was a finalist last year but missed out on enshrinement. Now in his second year on the ballot, Bosh appears to be solid candidate for selection.

Chris Webber has been a candidate for quite some time, and is a finalist yet again this year. In addition to his illustrious NBA career, Webber starred at the University of Michigan as a member of the iconic “Fab Five.” The Hall of Fame is not exclusive to the NBA, so those years count.

Lauren Jackson is a three-time WNBA MVP and two-time WNBA champion with the Seattle Storm, seemingly putting her on the path toward selection. She is also an accomplished international player having won three Olympic silver medals for Australia and starring in the WNBL.

Ben Wallace is one of only two players to win the NBA’s Defensive Player of the Year Award four times (along with Dikembe Mutombo). He would also be the first member of the 2004 NBA champion Detroit Pistons to be selected.

Michael Cooper is another former Defensive Player of the Year under consideration in 2021. He won five championships as a member of the Los Angeles Lakers.

Yolanda Griffith is a seven-time WNBA All-Star and two-time Olympic gold medalist for Team USA. She was also the first player in WNBA history to win MVP and Defensive Player of the Year in the same season.

Tim Hardaway, a member of the Run TMC Warriors of the 1990s ranking 18th all-time in assists in NBA history, is a finalist again this year. A gold medal at the 2000 Olympics only helps his candidacy.

Marques Johnson is one of the forgotten greats of the 1970s. He won two national championships at UCLA and then went on to make five All-Star Teams with the Milwaukee Bucks, and is now a possible enshrinee in 2021.

Bill Russell has obviously already been enshrined as a player, but is a finalist again for his work as a coach with the Boston Celtics (where he won two championships), Seattle Supersonics and Sacramento Kings).

Leta Andrews is the all-time winningest high-school basketball coach. She began her career in 1962 and won a state championship in Texas in 1990.

Jay Wright is a two-time National Coach of the Year and a two-time national champion at Villanova. He has also coached Team USA in various competitions and has served as an assistant under Gregg Popovich with the senior team since 2018.

Marianne Stanley reached three Final Fours as a head coach, two with Old Dominion and another with Stanford, and also earned WNBA Coach of the Year honors with the Washington Mystics in 2002.

Rick Adelman is one of the most influential coaches in NBA history. He never won a championship, but reached the Finals with the Portland Trail Blazers and nearly did the same with the Sacramento Kings, losing to Phil Jackson on both occasions. His 3-point-friendly style and emphasis on ball-movement would become staples of the modern NBA.

The Hall of Fame will announce its 2021 class on May 16. The class of 2020 has not yet been enshrined due to COVID-19. They will be honored days earlier, from May 13-15. Typically, the Hall of Fame conducts its enshrinement over the summer, but has had to adjust due to the pandemic. The ceremony for the class of 2021 will be held in September.

TIM HARDAWAY
2021 finalist for the Basketball Hall of Fame!