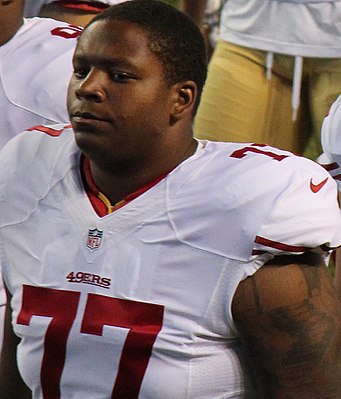 New England is expected to trade for Raiders offensive tackle Trent Brown, sources say, with the two sides coming together on a deal that was a few weeks in the making.

Brown has reworked his deal, agreeing to a new one-year, $11 million contract as part of the agreement, per sources, allowing him to be a free agent after the 2021 season. Previously, he had two years and 29.5 million left on his Las Vegas contract.

The teams will be swapping draft picks as part of the deal, sources say, with the Raiders receiving a 2022 fifth-round pick in exchange for Brown and a 2022 seventh-round pick.

Brown played college football for Georgia Military College and the University of Florida, and was drafted by the San Francisco 49ers in the seventh round of the 2015 NFL Draft. Brown is currently the heaviest player in the NFL.

The Patriots and Raiders have agreed to a trade that will send OT Trent Brown to New England, per sources.

Brown has also agreed to a reworked contract for one year that is expected to be worth up to $11M as part of the deal.

Big move: The #Patriots are expected to trade for #Raiders OT Trent Brown, sources say. Back to where he became a star.