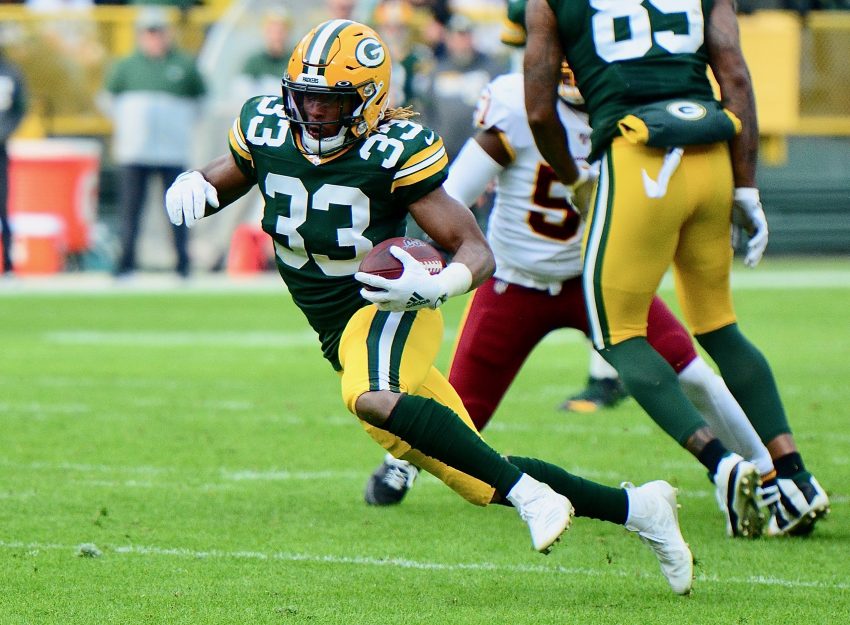 Aaron Jones and the Packers have come to terms on a four-year, $48 million that includes a $13 million signing bonus, according to ESPN’s Adam Schefter. The two sides reached an agreement three days before Jones would have entered free agency.

“Aaron would have signed for more in free agency but wanted to stay in Green Bay,” Jones’ agent, Drew Rosenhaus, said of his client. The Packers declined to franchise tag Jones but were able to sign him to a new deal before the start of free agency.

Jones’ market value was estimated at four years for $14.6 million per year, according to Spotrac. The 2021 reduced salary cap, would have likely impacted Jones’ offers on the open market. This year’s salary cap is $182.5 million, about a $15 million drop from what it was expected to be pre-COVID.

“Aaron would have signed for more in free agency but wanted to stay in Green Bay,” Drew Rosenhaus said about Jones re-signing with the Packers. https://t.co/Dwcz8qs3qO

The @packers have reached an agreement with RB Aaron Jones on a 4-year deal worth $48M. (via multiple reports) pic.twitter.com/pTQQ37SDWW