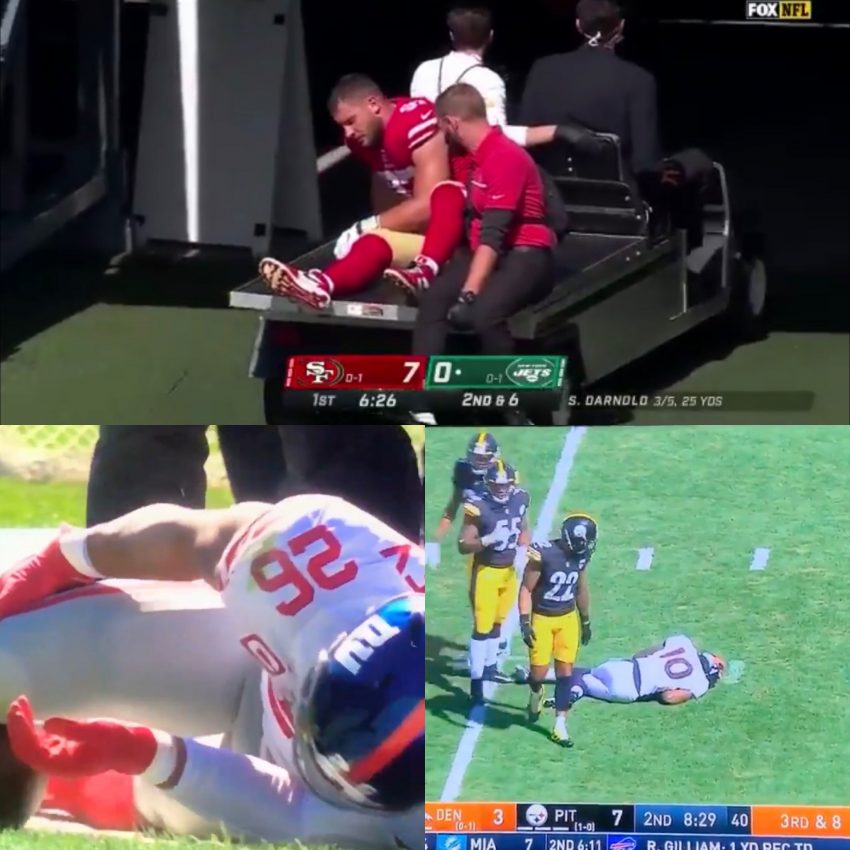 NFL players was hit with many injuries during Week 2. Started with San Francisco Defensive End Nick Bosa who was carted off with a knee injury. Other players include Saquon Barkley, Drew Locke, and Courtland Sutton. See list below.

There was reports from ESPN’s Diane Russini that the San Francisco 49ers Head Coach Kyle Shanahan said that his players were saying the MetLife turf grass felt sticky. Developing…