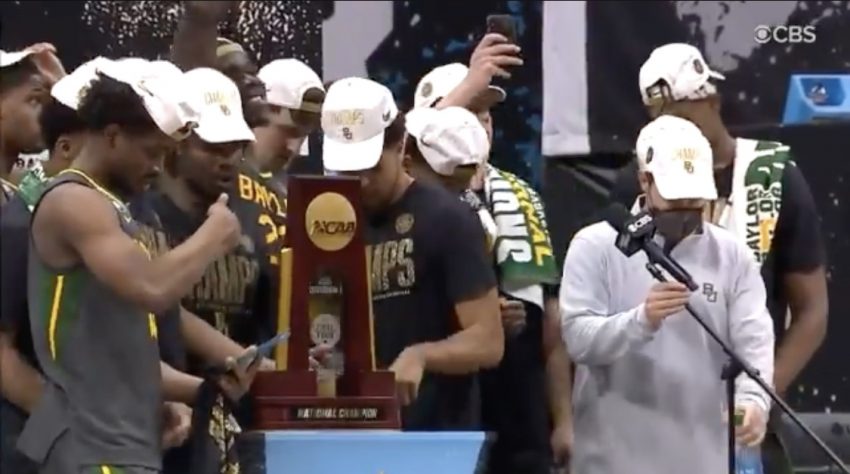 The Baylor Bears are your National Champions after a dominating performance. The Bears played smothering defense and was lights out from 3. Jared Butler lead the way in scoring with 22 points on 6/14 shooting, and 4/9 from behind the arc. Butler started off the second half scorching hot and whenever the Bears needed a bucket he delivered. Macio Teague was the second leading scorer for the Baylor Bears he dropped 19 points on 8/15 shooting ,and was 2/3 from behind the arc. Baylor also played locked down maximum security defense because Gonzaga couldn’t buy a bucket.

For the Zags their hopes and dreams of a perfect season comes to an end. The Zags came in too Lethargic on offense and on defense they seemed to be stuck in the mud. Jalen Suggs had 22 points but he didn’t play majority of the 1st half because of foul trouble. Timme and Kispert both had 12 points but their lack of energy on defense showed tonight. The Zags were also out rebounded 38 to 22 and gave 16 offensive rebounds. Which isn’t winning basketball and they shot 29% from 3 that spells a disaster for winning.