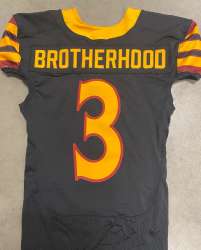 Nike has suspended its endorsement of Houston Texans quarterback Deshaun Watson, accused of sexual misconduct in lawsuits filed by 22 women.

“We are deeply concerned by the disturbing allegationsÂ and have suspended Deshaun Watson. We will continue to closely monitor the situation,” Nike said in a statement

The first woman who accused Watson of sexual misconduct while receiving private massages spoke publicly on Tuesday. Ashley Solis said she suffers from “panic attacks, anxiety and depression” due to Watson’s alleged sexual assault in March 2000. She requested that Watson be held accountable for his alleged behavior.