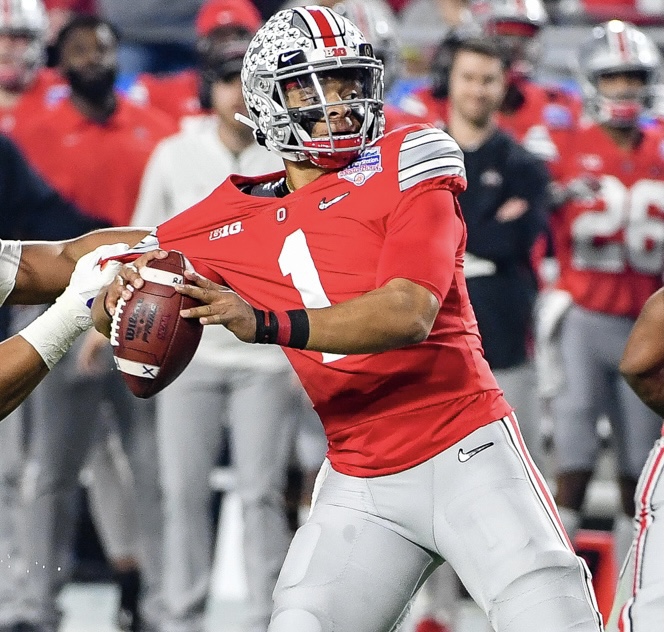 Ohio State is slated to have a second pro day on April 14, providing another opportunity for teams, including the Niners, to see Justin Fields in person. The Athletic first reported that Fields, who is in the conversation for the 49ers with the No. 3 overall pick, will be participating in the second pro day.

Shanahan and Lynch did not see Fields’ first pro day because they were in Tuscaloosa, Alabama, watching quarterback Mac Jones and the rest of the Crimson Tide’s group of NFL prospects. That was Jones’ second pro day after participating in one earlier in March.

Justin Fields struggles to get past his first read, except for the fact he did it better than any quarterback in this draft. https://t.co/7I26E70xe4

Mac Jones is Jimmy Garoppolo reincarnate. A beneficiary of elite talent around him & elite scheme.#49ers, don’t overthink this, draft Justin Fields. The two don’t belong in the same conversation. pic.twitter.com/nHYUELc1bu