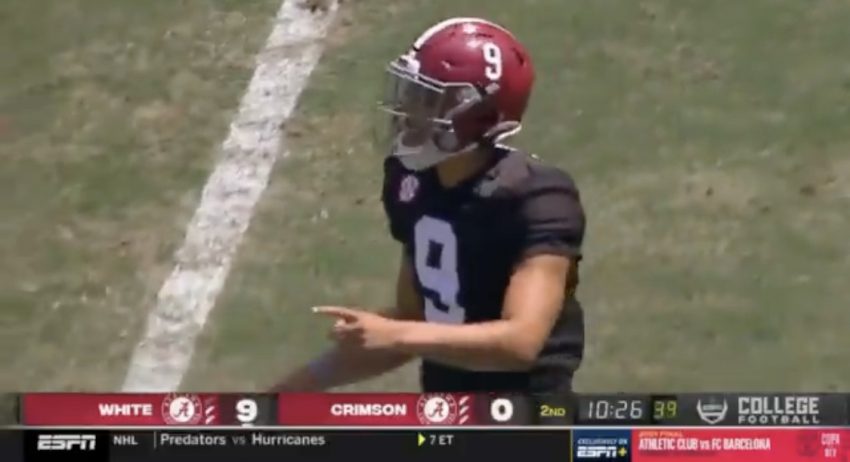 Alabama quarterback Bryce Young, who was Mac Jones’ primary backup as a freshman last season, earned MVP honors after completing 25 of 44 passes for 333 yards, one touchdown and no interceptions during the Tide’s spring game on Saturday.

Bryce Young stepped into the first-team quarterback role and impressed during Alabama’s spring game on Saturday, winning Most Valuable Player honors after completing 25 of 44 passes for 333 yards, one touchdown and no interceptions.

Coach Nick Saban said after the scrimmage that Young played well all spring.

“We continue to work on him kind of having a presence out there that affects other people in a positive way,” Saban said. “And I think he’s starting to get more and more respect from the other players by the way he plays.