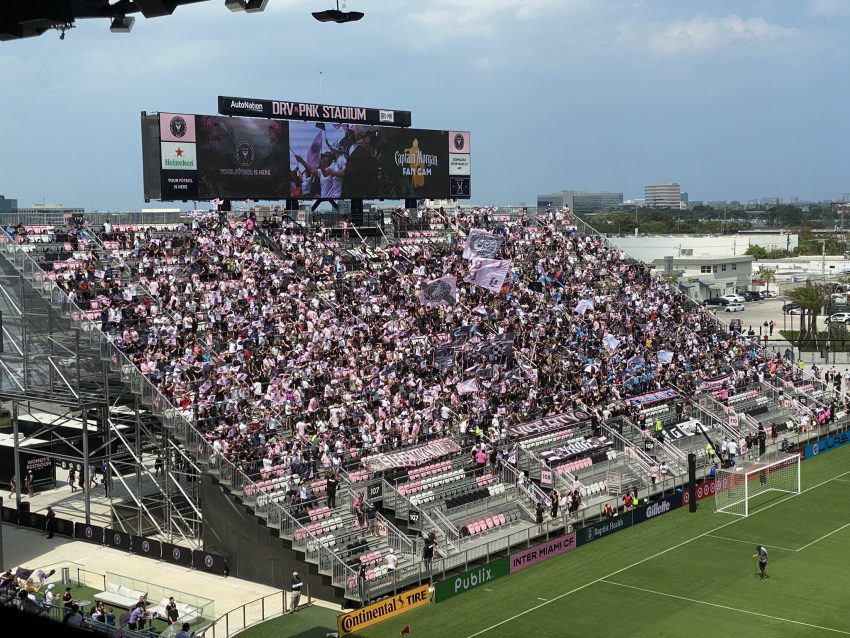 Thirteen months after the game was originally scheduled, Inter Miami played the LA Galaxy to kick off the team’s Phil Neville era in their second season, dropping the match, 3-2, at DRV PNK Stadium.

Sunday’s crowd was the most fans Inter Miami’s played in front of for a home match in the team’s brief history.

Inter Miami were the more threatening team in the attacking in the first half, and they were rewarded with the game’s first goal. Chicharito scored two goals including the game winner