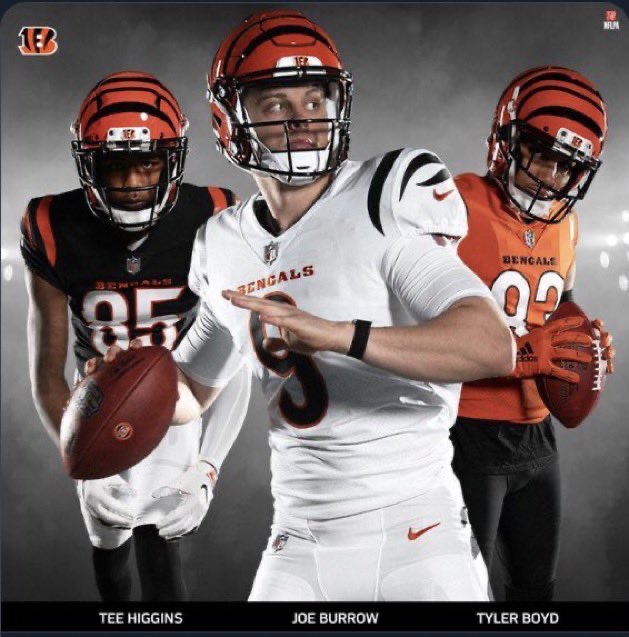 The Cincinnati Bengals unvieled new uniforms feature the same helmet the franchise has used for decades. But the jerseys have been re-tooled to make for a simpler, cleaner look.

“We wanted the new uniforms to have a clean, sleek design,” Bengals director of strategy and fan engagement Elizabeth Blackburn said on the team’s “New Stripes” page. “We used our popular color rush jersey, helmet, and the beautiful bengal tiger as inspiration to achieve an iconic bold look.”

The Cincinnati #Bengals unveil new uniforms today at PBS. What do you think? @ENQSports pic.twitter.com/GFGIZ3OX0G