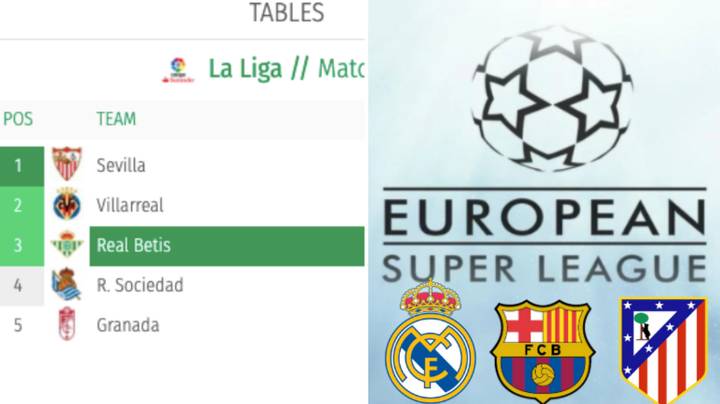 Barcelona president Joan Laporta has said the European Super League is “a necessity,” but that the club’s members will have the last word on the proposal.

Barca were one of the 12 founding members of the project and have not yet withdrawn their support for it. However, eight of the clubs involved — all six English clubs as well as Inter Milan and Atletico Madrid — have withdrawn to leave the competition in tatters just three days after it was launched.

Despite the public backlash, Laporta said that the league still exists and the club are willing to hold talks with UEFA.

“We had a position and we still have one and we will explain,” he told TV3. “The position is one of caution, but it [ESL] is a necessity. On the other hand, as it should be, our members will have the last word on it.

“We are the defenders of maintaining local leagues and therefore, we are always open to dialogue with UEFA. That is the premise. Everyone wants to make football better and have the necessary resources to make it a great spectacle.

“Because if the big clubs don’t have these resources, football will be damaged. There will be institutional harmony and a willingness to think about all this.”

Club statement on the Super Leaguehttps://t.co/BFSgo1OaQo