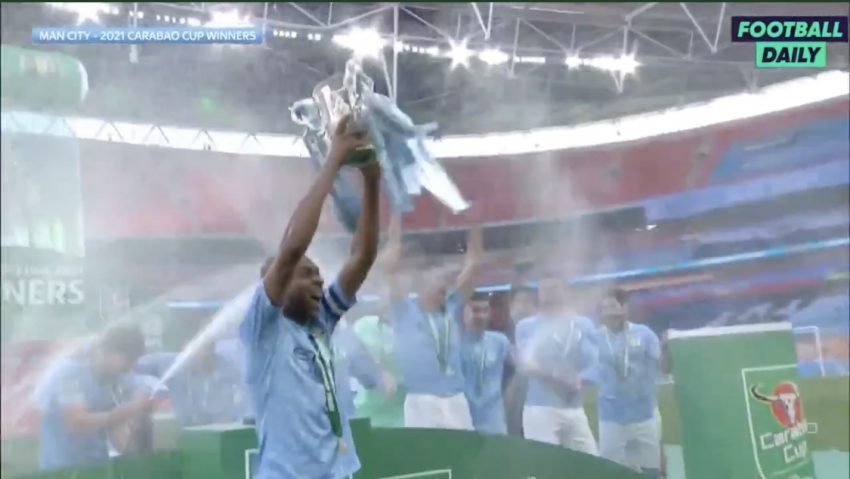 Manchester City won their first piece of silverware of the English season on Sunday, beating Tottenham 1-0 in the EFL Cup final thanks to a late header goal from Aymeric Laporte. City were the dominant side for the entire match, only allowing one shot on goal, but the ball would either miss the frame or be saved by Hugo Lloris for the first 80 minutes. That was until in the 82nd minute, when Serge Aurier fouled Raheem Sterling, setting up what was essentially a short corner kick.