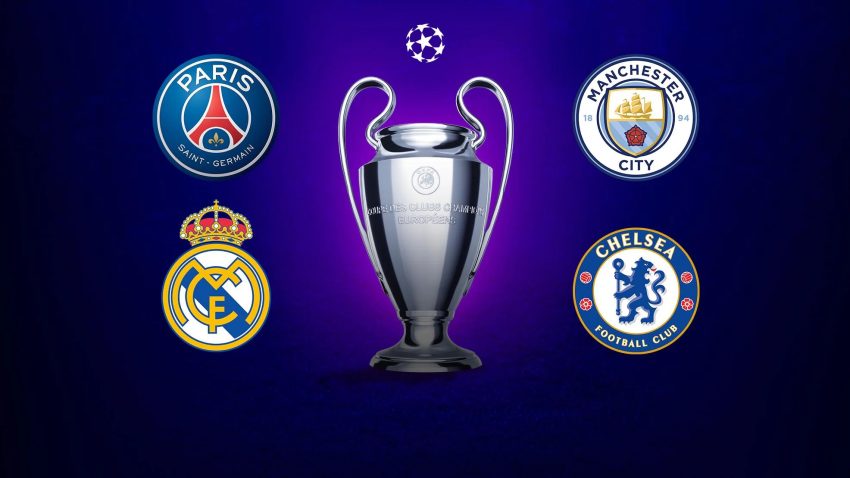 The Super League breakaway collapsed. Now it’s back to normal business in the Champions League with the first legs of the semifinals:

After struggling with injuries during most of the year, Real Madrid received welcome news ahead of the visit of Chelsea about the fitness of Toni Kroos and Eden Hazard. Kroos got some much-needed rest while skipping the 13-time European champion’s last three matches. Hazard successfully returned to the squad this weekend and impressed as a substitute in the Spanish league match against Real Betis on Saturday, raising the prospects of a reunion with the London club he left two years ago. Madrid coach Zinedine Zidane still won’t be able to count on captain Sergio Ramos and left back Ferland Mendy. Winning the Champions League for a second time could be Chelsea’s only certain way back into the competition next season. While Chelsea is fourth in the Premier League, Thomas Tuchel’s side only has a three-point lead on West Ham with five games to go. Tuchel has overseen a recovery since replacing the fired Frank Lampard in January. Now he’s chasing a second successive Champions League final after losing to Bayern Munich with Paris Saint-Germain last season.

This is a meeting of two clubs desperate to win the European Cup for the first time after lavish Gulf investment in the teams. Qatar-funded PSG did reach last season’s final, only to lose to Bayern Munich. Abu Dhabi-backed City has only ever made it to the semifinals once, losing in 2016 to Real Madrid before Pep Guardiola replaced Manuel Pellegrini. Winning domestic trophies isn’t a problem for City, which arrives in Paris fresh from winning a fourth straight League Cup win and sixth in eight years. PSG is close to full strength, with central defender Marquinhos resuming training at the end of last week after recovering from an adductor injury and midfield schemer Marco Verratti playing the full 90 minutes at the weekend. PSG coach Mauricio Pochettino may consider attack the best form of defense and unleash top scorer Kylian Mbappe in a pure center forward role, with Neymar and Angel Di Maria probing from the flanks. Mbappe has netted 37 goals in all competitions so far this season, two less than his career best from two seasons ago and looks certain to hit the 40 mark. Guardiola will be relieved to have playmaker Kevin De Bruyne back to fitness, after he set up the only goal against Tottenham on Sunday from a trademark free kick.