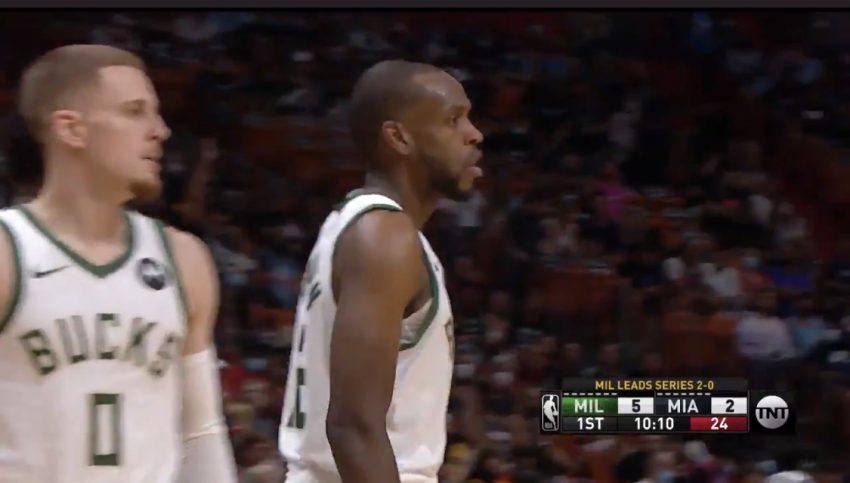 After getting blown out in Game 2, the Miami Heat faced another Milwaukee Bucks buzzsaw on Thursday in Game 3. The Bucks, unfazed by a crowd of 17,000 at American Airlines Arena, posted a 113-84 win to take a 3-0 lead in their opening round playoff series.

With the win, the Bucks pushed a Heat team that upset them in last year’s playoffs to the brink. They’ve done so in dominant fashion. Miami kept things close in a 109-107 win for the Bucks in Game 1. Since then, the Bucks have exerted their will on both side of the floor.

After shooting 41.5% from three and scoring 132 points in Game 2, the Bucks leaned into their defense on Thursday, limiting Miami to 37.6% shooting from the field. Much like Game 2, the Bucks opened up a big early lead and didn’t let the Heat within striking distance.