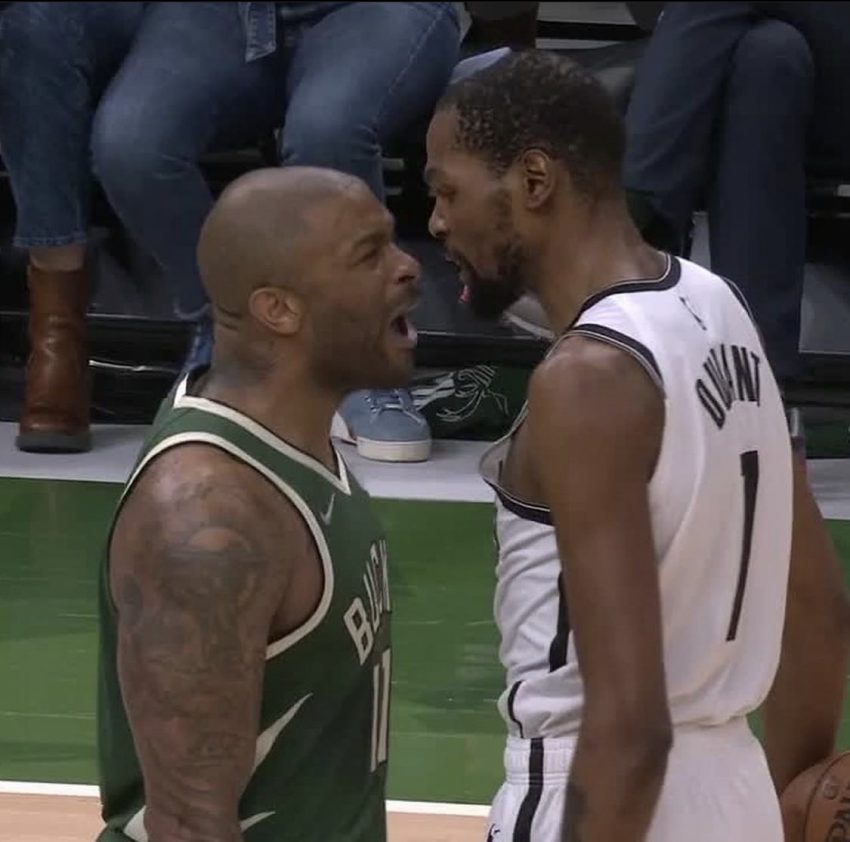 The Bucks survive game 3 against the Nets. The Bucks as a team played great defense holding the Nets to 83 points. Kris Middleton had 35 points and 15 rebounds hitting clutch shots down the stretch to seal the game for the Bucks. Giannis had 33 points and 14 rebounds. The story of this game is the Bucks playing lock down defense in the 4thquarter. Lopez stood out among the Bucks players 6 blocks he also added 11 rebounds.

For the Nets they have to be disappointed with their offense. They had an opportunity to put real pressure on the Bucks. Kevin Durant had 30 points and almost won the game for the Nets late hitting clutch shot after shot but missed the game winning shot. Kyrie had 22 points but he didn’t shoot the ball well on 9/22 shooting. As a team the Nets struggled shooting from 3 only hitting 25% of their 3 pointers.

The Bucks survived this game and are back in this series. They have to bring the same intensity as they did in game 3. I doubt the Nets will shoot bad again. Also the Bucks can’t go shot for shot with the Nets, they’re not designed to do that. We will see who wins game 4.