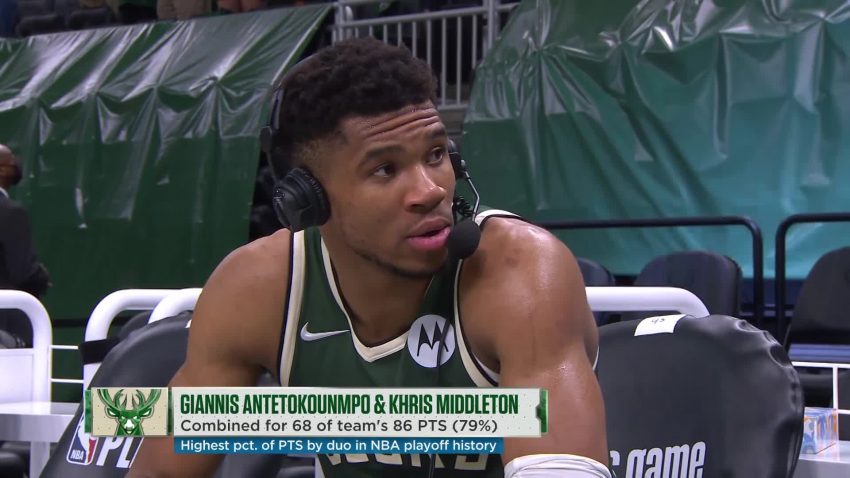 The Bucks tie the series and put pressure on the Nets. The Bucks had a great game shooting the ball against the Nets in game 4. They were lead by Giannis who had 34 points and 12 rebounds. As a team the Bucks tea stepped up and gave their star player some help. They had 4 players score in double digits, but Kris Middleton and PJ Tucker were the most impactful. PJ played solid defense all game and Middleton hit shots that changed the momentum of the game.

For the Nets they played well but collapsed when Kyrie went down to an ankle sprain. Kevin Durant tried to keep his team in the game scoring 28 points. The Nets couldn’t find a guy that could contribute after Irving‘s injury and fell behind. As a team in the second half the Nets shot 30% from 3 and struggled to contain the Bucks. It hasn’t come out yet how long Kyrie will be out for but as of right now the Nets are down two star players.