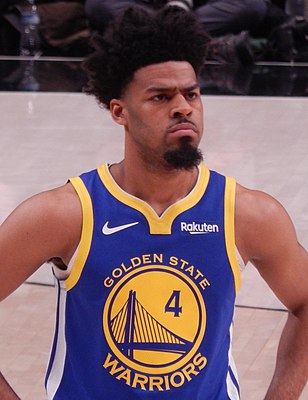 Quinn Cook is signing a 10-day contract with the Cleveland Cavaliers, according to The Athletic’s Shams Charania. Cook began the season with the Lakers, where he signed ahead of the 2019-20 season, but was waived before his contract became guaranteed in February. Cook, a lifelong Lakers fan, is one of the NBA’s most highly-regarded teammates, but the Lakers chose to emphasize roster flexibility heading into the trade deadline over Cook’s presence in the locker room. Their loss, apparently, will be Cleveland’s gain.

Cook is a 40.7 percent career 3-point shooter, a skill that was sorely needed in Cleveland. The Cavaliers attempt an NBA-low 27.4 3-pointers per game and make only 34.6 percent of those shots, the fifth-lowest mark in the league. Their starting guards, Collin Sexton and Darius Garland have both played well this season, but Garland has missed time due to injury, and the backups have been largely unspectacular. Cook will compete with players like Damyean Dotson and Dylan Windler for minutes.

#Cavs will sign Quinn Cook to a 10-day contract tomorrow and he is expected to make his debut Friday night in New Orleans as Darius Garland is banged up and Matthew Dellavedova remains out. Signing Cook tomorrow maximizes his time with the team. https://t.co/gfxFJlsins