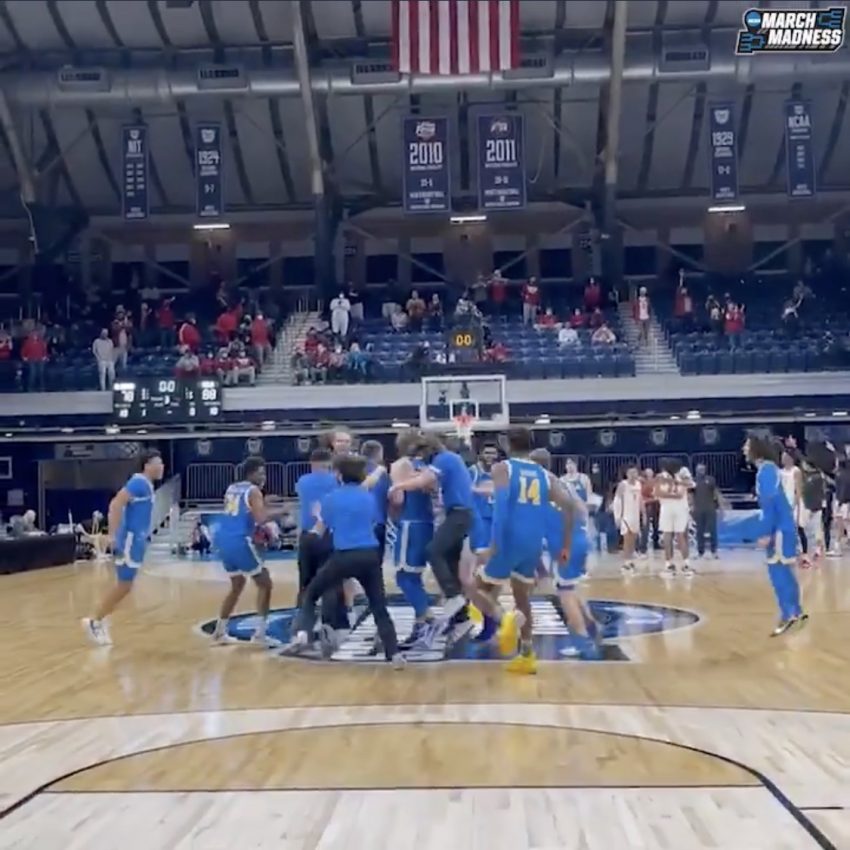 UCLA’s magic March run continued in thrilling fashion on Sunday night as the No. 11 seed Bruins managed to outlast No. 2 seed Alabama 88-78 in overtime during a classic Sweet 16 matchup. Despite playing without star guard Johnny Juzang, who had fouled out, the Bruins outscored Alabama 23-13 in the overtime period to reach the Elite Eight after starting the tournament in the First Four.

The only other team to reach the Elite Eight after playing in the First Four was VCU in 2011.

The Bruins did it, in part, by giving Alabama a taste of its own medicine from 3-point range. UCLA entered ranking 298th nationally with just 18.2 attempts from 3-point range per game. But UCLA hoisted 29 of them on Sunday and made 10. By comparison, the usually prolific shooting Crimson Tide made just 7-of-28.