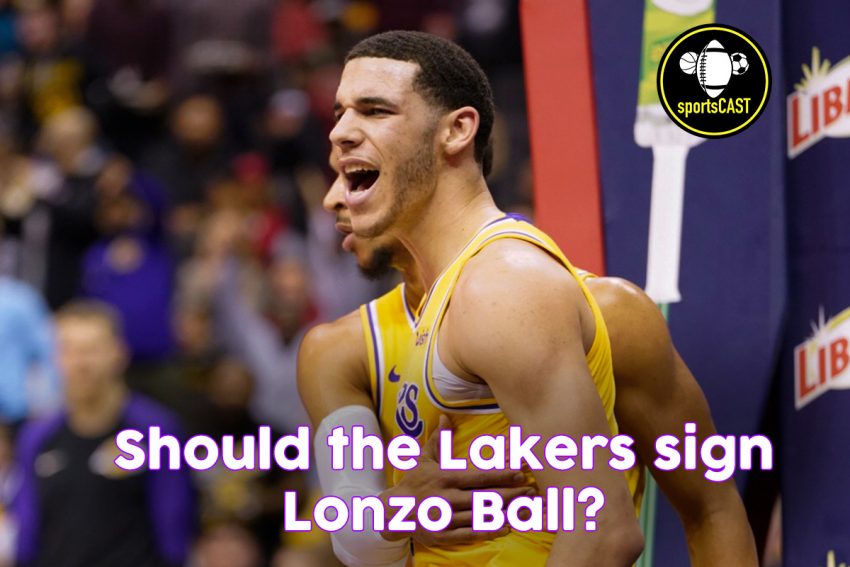 Should the Los Angeles Lakers sign Lonzo ball in free agency? This would be an amazing option because Ball and LeBron James could work together. But, the Lakers don’t have much salary to work with.

Jordan Vargas, Sports Cast contributor, says the issue is the salary cap, “It would be it would be good but the Lakers don’t have a lot of money to give Lonzo.” Ball’s value is $3M a year, and the Lakers don’t have the salary cap. Obviously if Dennis Schroder does not come back, that opens up the cap. The Lakers offered $84M to Schroder so that’s 21 million annually for what four years so they can offer that to Lonzo.

Vargas says the Chicago Bulls would be a better spot for Ball, “It’s been rumored that Chicago will is looking to trade for Lonzo and I think that’s you know, I’m very excited for that.”

Ball to the Lakers would be conversation to have. If Ball joined the Lakers, they’ll be going to the NBA Finals contention if Anthony Davis and LeBron can stay healthy. LeBron James reportedly was at 85% this past NBA Playoffs due to the high ankle sprain.

Should Ball leave New Orleans? Where should he go? Lakers? Bulls? Leave a comment below.