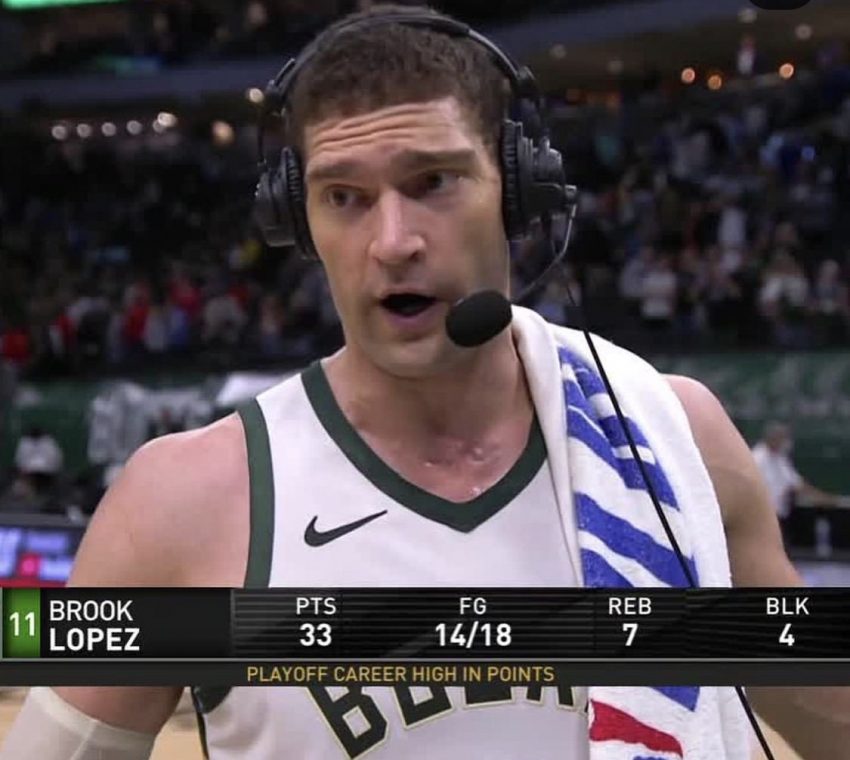 Brook Lopez led the Bucks to victory against the Hawks with a career high of 33 points. Kris Middleton had 26 points and 13 rebounds he also played solid defense. Holiday has struggled offensively all playoffs but he stepped up tonight as well dropping 25 points and dishing out 13 assists. The unsung hero of tonight’s game was Bobby Portis who had 22 points and 8 rebounds. As a team the Bucks played great jumping out to a 30-10 lead in the 1st quarter.

The Hawks would not quit without their own offensive mastermind. Lou Williams was again a creative force in place of Young, and 3-pointers from John Collins and Kevin Huerter cut the Bucks’ edge to single digits inside of two minutes remaining in the first half. A Bogdanovic triple to open the third quarter cut that deficit to 65-59, but Milwaukee was determined not to allow Atlanta’s confidence in a comeback gain more steam.