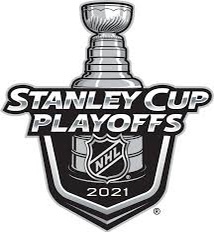 The Montreal Canadiens were on the brink of elimination in the Stanley Cup Final on Monday against the Tampa Bay Lightning as they blew two leads in Game 4 and were burdened with a four-minute penalty kill heading into overtime.

Daunting for most teams. Perfectly on brand for the Canadiens.

“Nothing has been easy for us all year. It wasn’t going to start this series,” veteran forward Brendan Gallagher said. “We’ve kind of accepted the fact that it’s never going to be easy here.”

Josh Anderson scored the game-winner less than four minutes into overtime — his second goal of the night — as the Canadiens avoided becoming the first team in 23 years to get swept in a Stanley Cup Final in a 3-2 win over the Lightning at the Bell Centre in Montreal. The victory extended the series to Wednesday’s Game 5 in Tampa, Florida. The Lightning, meanwhile, fell to 0-4 in overtime this postseason.