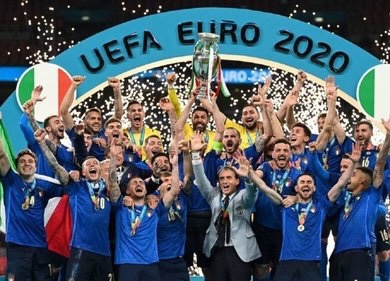 It is Italy’s second European Championship and they did it with a 3-2 win in a penalty shootout.

England’s Bukayo Saka had a chance to extend the penalty shootout but Italy goalkeeper Gianluigi Donnarumma was able to block the final shot to secure the victory.

ITALY ARE CHAMPIONS OF EUROPE FOR THE FIRST TIME SINCE 1968! 🏆