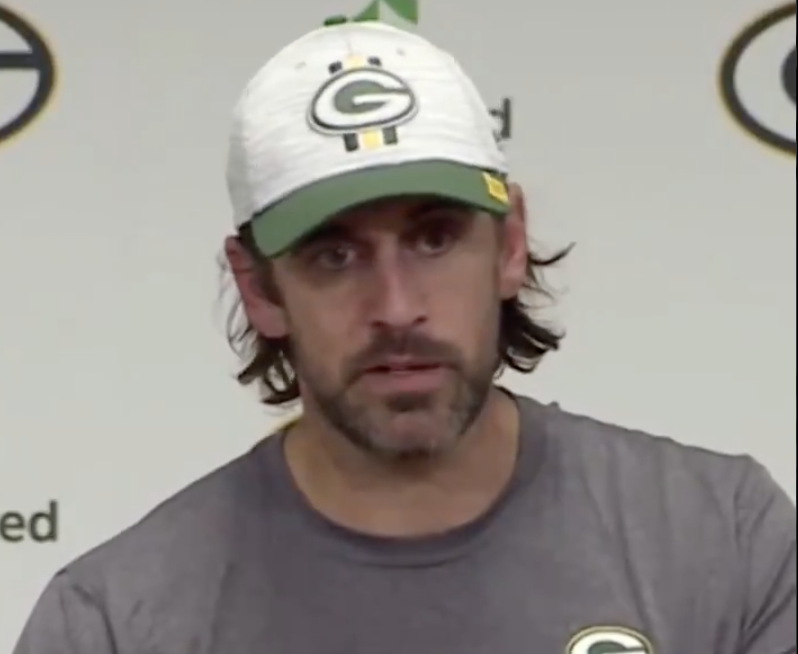 Aaron Rodgers ended his standoff with the Packers by reporting to camp Tuesday and followed it with a doozy of a press conference Wednesday.

The reigning NFL MVP was remarkably candid, spending more than five minutes answering the opening question posed to him by NFL Network’s Tom Pelissero and including the names of a dozen former teammates he felt hadn’t been treated properly on their way out of Green Bay.

“I think it was a lot of things that transpired. This wasn’t a draft day thing,” Rodgers said, referring to the initial reports of his discontent. “Started the conversation in February after the season ended and I just expressed my desire to be more involved in conversations that directly affected my job.

“Also, I wanted to help the organization maybe learn from some of the mistakes in the past, in my opinion, about the way some of the outgoing veterans were treated and just the fact that we didn’t retain a number of players that I feel like were core players to our foundation, our locker room. High character guys, I’m talking about Charles Woodson, Jordy Nelson, Julius Peppers, Clay Matthews, Randall Cobb, James Jones, John Kuhn, Brett Goode, TJ Lang, Bryan Bulaga, Casey Heyward, Micah Hyde. Guys who were exceptional players for us, great locker room guys, high character guys, many of them whom weren’t offered a contract at all or were extremely low-balled or were maybe, in my opinion, not given the respect on the way out that guys of their status and stature and high character deserve. And, then it kind of progressed from there into a commitment for the 2021 season and beyond, that really wasn’t given at any time.”

“I think we can all understand Green Bay isn’t a huge vacation destination. People are coming here to play with me, to play with our team and knowing that they can win a championship here and the fact that I haven’t been used in those discussions is what I wanted to change moving forward. And I felt like based on my years, the way I can still play, that that should be a natural part of the conversation.”

Aaron Rodgers didn’t hold back in his first news conference since returning to the Packers. pic.twitter.com/5O4HIrE2OV

A welcome-back gift for Aaron Rodgers: the Texans are trading former Packers’ WR Randall Cobb back to Green Bay, per Randall Cobb. Cobb has been a longtime favorite of Rodgers.

But this trade’s for Aaron.