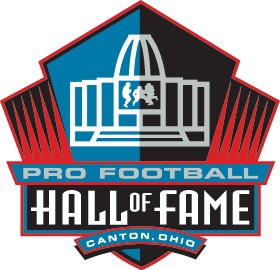 Tonight is the Hall of Fame Game between rivals the Pittsburgh Steelers vs the Dallas Cowboys being played in Canton OH. The exhibition game is at 8pm ET on FOX.

The Cowboys will not dress quarterback Dak Prescott, who is dealing with a shoulder strain. Dallas’ reps at quarterback will be dispersed between Garrett Gilbert, Cooper Rush and Ben DiNucci. Gilbert — who threw for 243 yards with a touchdown and an interception in the Cowboys’ Week 9 loss to the Steelers last season — received first-team reps during the Cowboys’ last several practices. Notable Cowboys rookies to watch Thursday night include linebacker Micah Parsons and cornerback Kelvin Joseph.

Mason Rudolph will start for the Steelers in place of Ben Roethlisberger, who is one of several starters coach Mike Tomlin has already ruled out. The plan is for Dwayne Haskins (who has enjoyed a strong camp thus far) to finish the half and Josh Dobbs to finish Thursday night’s game. Steelers fans will get their first glimpse of rookie running back Najee Harris, who is expected to play in each of Pittsburgh’s four preseason games.