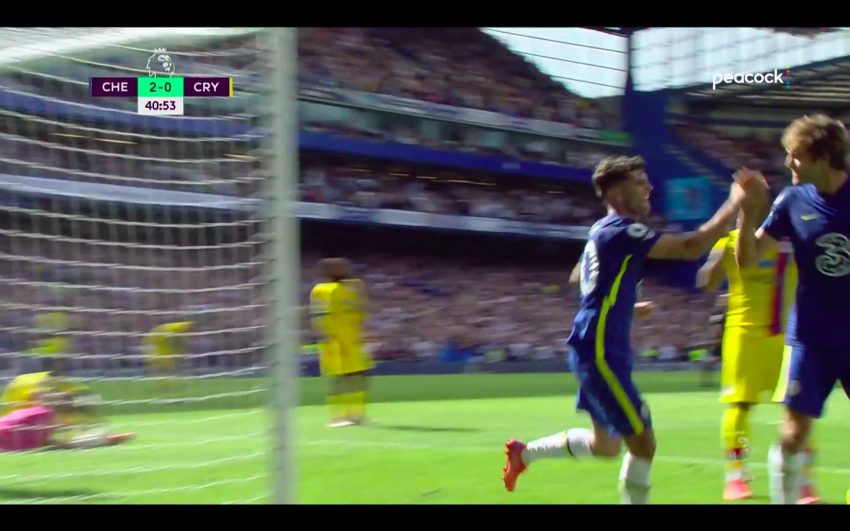 Christian Pulisic fired Chelsea to a 3-0 win at Stamford Bridge on Saturday against Crystal Palace.

Marcos Alonso opened the scoring for Thomas Tuchel’s side and it was a memorable Premier League debut for Trevor Chalobah who scored in front of the home crowd.

Alonso put Chelsea ahead on 27 minutes with a free kick. He swept the ball over the Crystal Palace defence with his left foot.

United State men’s national team international Pulisic added Chelsea’s second 10 minutes later when Vicente Guaita saved a Mason Mount shot. The goalkeeper only managed to push the ball as far as Pulisic, though, who tapped it into the net.

Chelsea’s third came from Chalobah — who used to be a ballboy at Stamford Bridge — on 58 minutes. He struck the ball into the bottom corner from 25 yards out.

Chelsea double their lead through Christian Pulisic, who pokes home on the rebound after some neat build-up play down the right flank#CHECRY