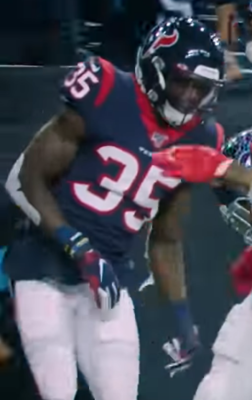 The Giants have sent a 2023 sixth-round draft pick to the Houston Texans in exchange for cornerback Keion Crossen.

Despite their impressive depth in the secondary, Giants general manager Dave Gettleman, nicknamed “Trader Dave” after his multiple draft-day moves in April, made the trade for Crossen — likely because of his special teams prowess rather than his defensive ability.

Crossen, 25, was a seventh-round pick of the New England Patriots in the 2018 NFL draft. After one season in Foxborough, where he was a special team standout under Joe Judge, Crossen was traded to the Texans for a conditional draft pick.

Compensation from the #Giants to the #Texans for CB Keion Crossen is a 2023 sixth-round pick, source says.

The Texans are trading cornerback Keion Crossen to the Giants, per source.