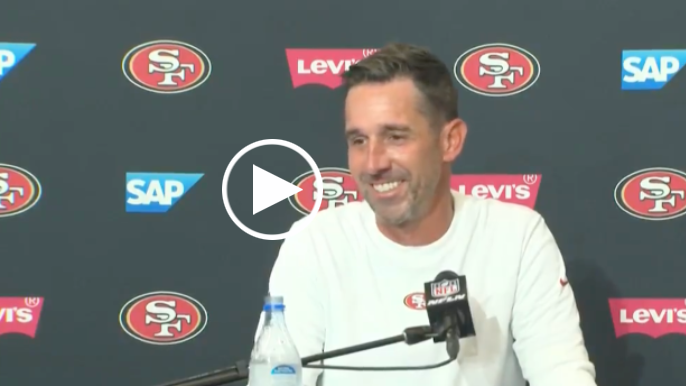 Jimmy Garoppolo started Sunday night’s preseason game and was on the field for a 15-play opening drive that ended in an interception. He went 3-of-6 for 15 yards and also had a 10-yard scramble.

Rookie Trey Lance followed and, after a slow start, finished 8-of-15 for 102 yards with two touchdowns and an interception in his 32 snaps.

49ers coach Kyle Shanahan said afterward that Garoppolo began training camp as the starter, and nothing has happened to change that.

“The situation is pretty similar,” Shanahan said of the quarterback battle.

But Shanahan also said he’s not ready to declare Garoppolo the Week 1 starter.

“No, I’m not making that announcement,” Shanahan said. “Nice try, though.”