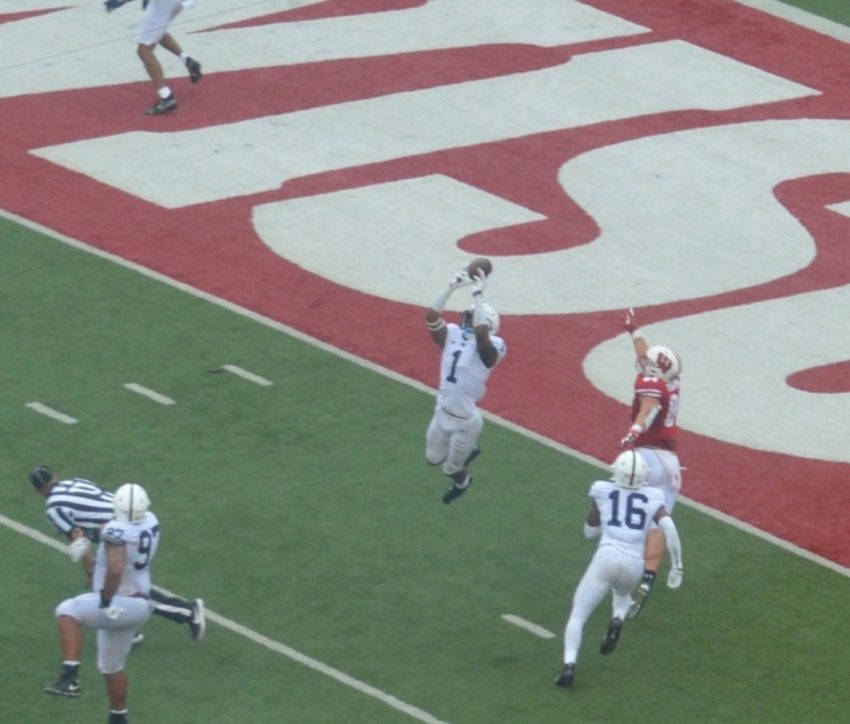 After a scoreless first half saw both teams searching for answers, No. 19 Penn State took control in the second half to upset No. 12 Wisconsin 16-10 at Camp Randall Stadium on Saturday. The Nittany Lions benefitted from numerous Badgers’ mistakes in the red zones while utilizing a tremendous defensive effort to give themselves additional necessary opportunities to try moving the ball against an equally stout defense.

The 0-0 score at halftime was misleading. While neither offense played well, Wisconsin had 132 yards of offense, while Penn State only had 43 yards and one first down to show for 30 minutes of trouble. The Nittany Lions figured things out on their first drive of the second half as quarterback Sean Clifford found a wide-open Jahan Dotson for a 49-yard touchdown to open the scoring. Just like that, Penn State had surpassed its entire first-half yardage total in one play.

The teams traded punts, scores, and missed field goals for the rest of the half. In the end, it was the Penn State defense saving the day. After the Nittany Lions took a 16-10 lead late in the fourth and missed the extra point, Wisconsin put together an excellent drive and had a first-and-goal inside the 5-yard line. For the second time in the game, the Badgers fumbled in the red zone but retained possession. However, they lost it a few plays later on fourth down when QB Graham Mertz didn’t see Jaquan Brisker diagnose the play, leading to an interception.