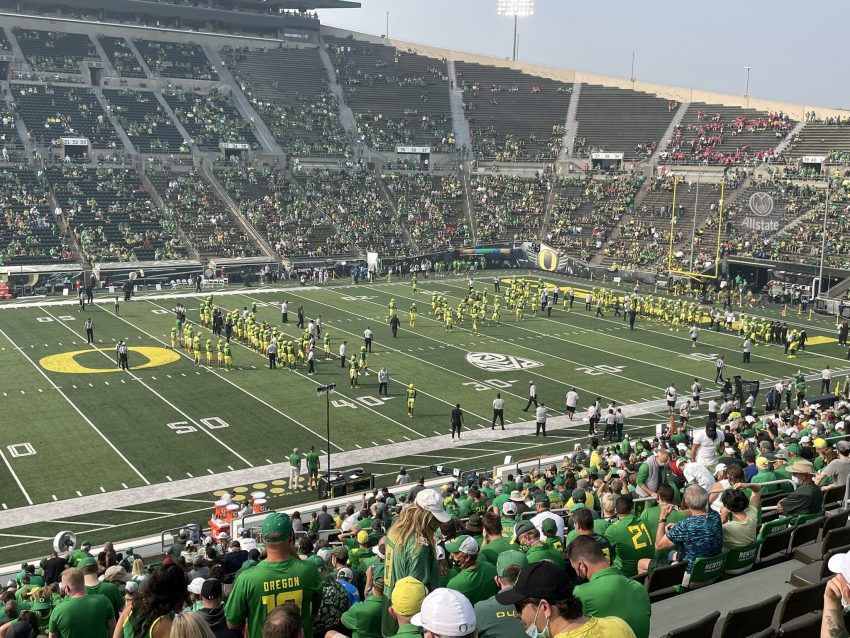 No. 11 Oregon is struggling mightily Saturday as it has not only lost its best player for the game but found itself in a 21-21 tie with Fresno State during the third quarter. Oregon star edge rusher Kayvon Thibodeaux left the in the second quarter on Saturday with an apparent ankle injury and returned to the sideline in the third quarter wearing street clothes and a walking boot.

The absence of Thibodeaux leaves the Ducks without their best defensive player against a potent Fresno State offensive attack. Thibodeaux made his presence felt early in the game with a strip sack that set up an Oregon touchdown, and it was only after his injury that Fresno State found a rhythm offensively.

After appearing to have his ankle twisted at the end of a second quarter play, Thibodeaux received attention from trainers and Oregon coach Mario Cristobal on the field before walking off under his own power. Once his ankle taped, he returned to the game before ultimately heading to the locker room early before halftime.