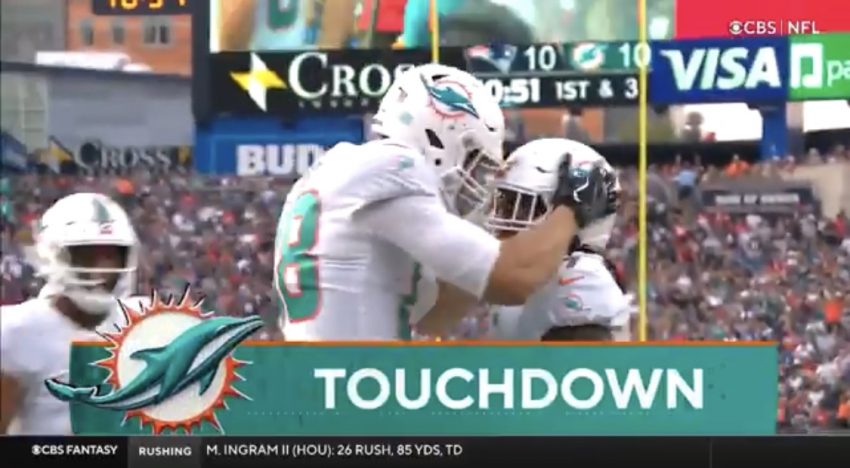 It was Tua Tagovailoa who got the last laugh as he and the Dolphins were able to fend off his former Alabama teammate Mac Jones and the New England Patriots during their Week 1 opener, 17-16. Turnovers were naturally a key storyline, particularly late in the fourth quarter where it seemed like both sides were playing hot potato. The Patriots appeared to be on the doorstep of a comeback win after Jonathan Jones was able to pick off Tagovailoa, but a Damien Harris fumble gave the momentum — and inside track to the win — back to Miami, which was able to simply run out the clock to move to 1-0 on the season.

Tagovailoa, who is entering Year 2 with the Dolphins, completed 16 of his 27 throws for 202 yards, a touchdown and an interception. Rookie Jaylen Waddle made his NFL debut and caught four of his six targets from Tagovailoa for 61 yards and a touchdown. Meanwhile, Mac Jones, New England’s 2021 first-round pick, performed well in his first taste of real NFL action. He had some first-drive jitters that nearly resulted in a turnover but eventually settled down to complete 29 of his 39 throws for 281 yards and a touchdown. Nelson Agholor was on the receiving end of the Patriots’ lone touchdown of the day and recorded a team-high 72 yards on five catches.

Gillette Stadium has undergone a makeover overnight, turning from a soccer pitch (Revolution 2, New York 1) to a football field.

Compliments to the hard-working crew as the venue will once again be coming alive for Dolphins-Patriots (CBS, 4:25 p.m. ET). pic.twitter.com/SJkvAeXN9E