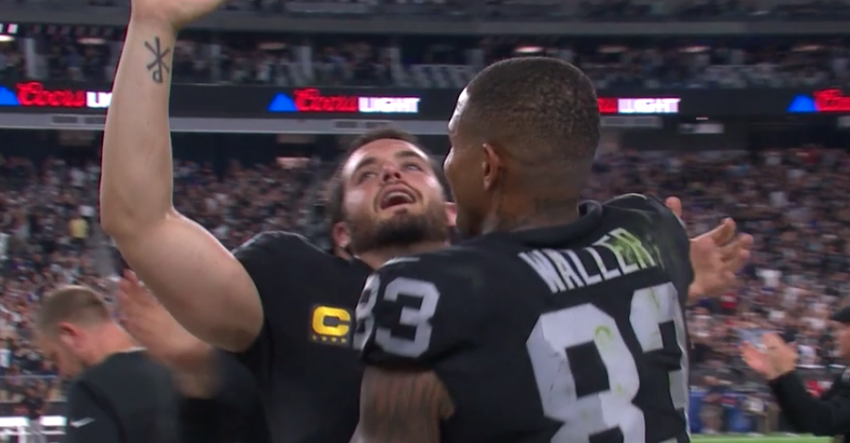 In front of a delirious Allegiant Stadium crowd of 61,756 — and in the first regular-season NFL game played in front of fans in the city’s history — the Las Vegas Raiders came back from an early, two-touchdown deficit to pull out a 33-27 win against the Baltimore Ravens in overtime on Monday Night Football.

“I felt like I died and woke up,” Raiders coach Jon Gruden said. “And died again. I was like a cat: I had multiple lives tonight. I don’t like playing like that. It was tough but, again, we did a lot of good things to win that football game tonight.

“Our defense made a signature play at the end of that game, and I thought Derek Carr was awesome playing under some really tough circumstances today against a really good defense.”