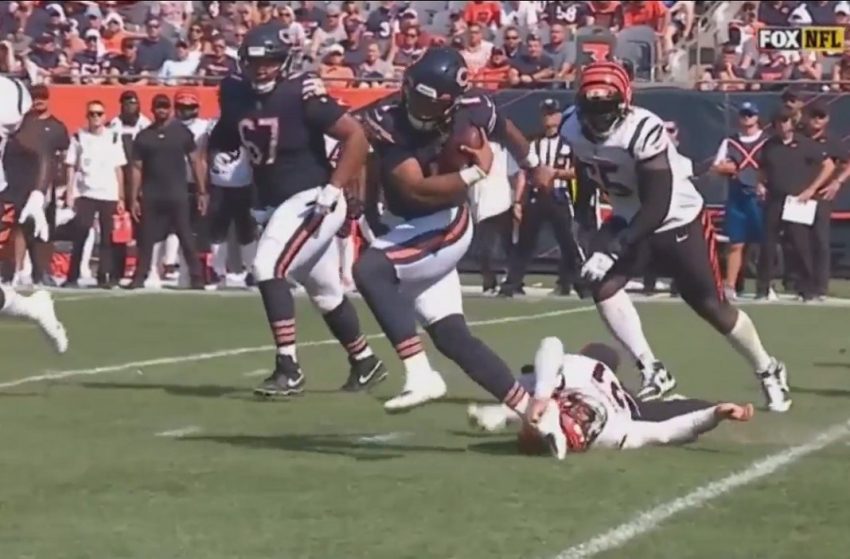 Chicago secured its first win of the season in front of fans at Soldier Field as Justin Fields had to replace Andy Dalton due to injury.

Fields completed 6 of his 13 passes for 60 yards and one interception. He is still searching for his first NFL passing touchdown. Joe Burrow, comparatively, threw three interceptions on consecutive pass attempts after having not thrown one in the prior 199 attempts. Tee Higgins, Ja’Marr Chase and Allen Robinson were on the receiving end of the game’s three offensive touchdowns.

Justin Fields is under center for Chicago after an injury to Andy Dalton. pic.twitter.com/sgL5Z2vtry

Justin Fields and Andy Dalton warm up before the Chicago Bears face off against the Cincinnati Bengals today at Soldier Field.https://t.co/LKSeSHKkde pic.twitter.com/srWgfjPTwk