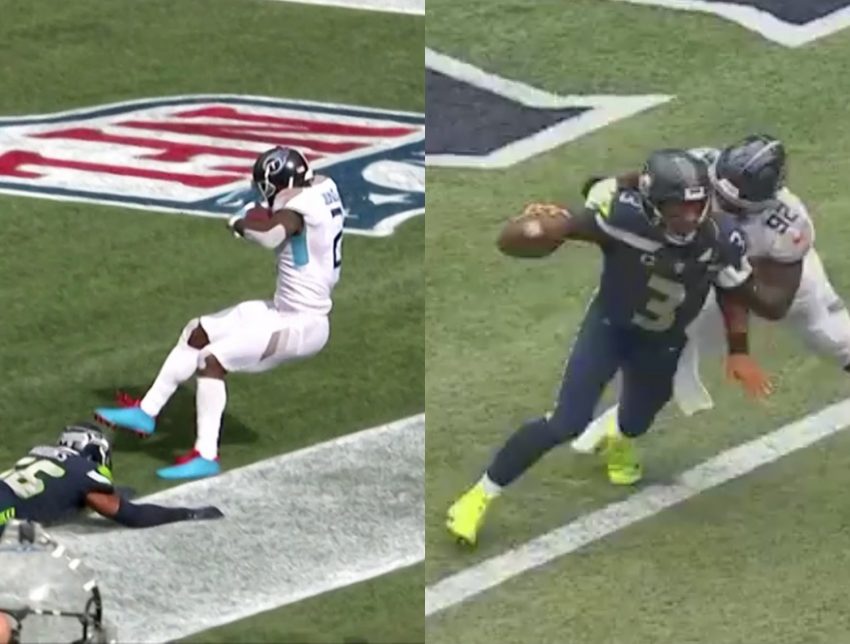 Derrick Henry ran for 182 yards and two fourth-quarter touchdowns, Randy Bullock hit a 36-yard field goal midway through overtime, and the Tennessee Titans rallied from a 14-point deficit to stun the Seattle Seahawks 33-30 on Sunday.

Down 30-16 early in the fourth quarter, the Titans leaned on their All-Pro running back, who carried them to a road win on the day Seattle welcomed fans back for a regular-season game for the first time since the end of the 2019 season.

Titans’ OT Taylor Lewan, who was hurt today in pregame warmups and limped off the field, is inactive today against the Seahawks.