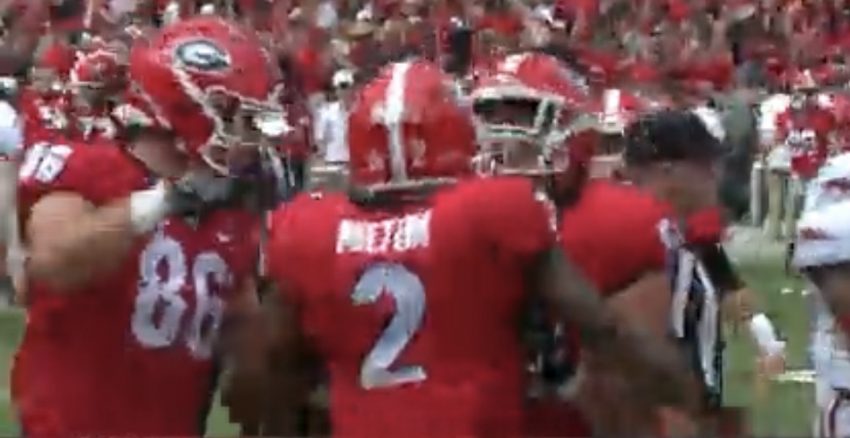 No. 2 Georgia flexed its muscles and made a case for the No. 1 spot in America with a physical 37-0 win over No. 8 Arkansas on Saturday. The Bulldogs moved to 5-0 and have outscored its last four opponents by a combined 175 points.

After physically crushing Texas A&M and Texas in previous weeks, the Razorbacks were held underwater by a dominant Georgia front. The Bulldogs posted seven tackles for loss and four sacks against Arkansas, including two tackles for loss and 1.5 sacks from linebacker Nakobe Dean. Georgia has not posted back-to-back shutouts against SEC opponents since 1980 – coincidentally, the year the Bulldogs won their lone national title.

Arkansas mustered just 156 total yards against the Bulldogs. Fifty-four yards came on a meaningless final drive with backup quarterback Malik Hornsby in the game. Quarterback K.J. Jefferson completed 8 of 13 passes for 65 yards. No Arkansas running back carried the ball more than six times.