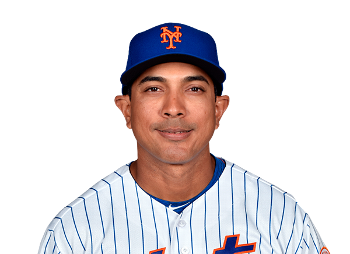 The Mets will not pick up manager Luis Rojas’ option for next season, ending his tenure with the team at two seasons.

Rojas drew praise earlier this year as New York led the NL East for three months, but the team began a collapse in early August without injured ace Jacob deGrom and was eliminated from playoff contention with more than a week remaining. The Mets finished in third place with a 77-85 record.

“The entire Mets organization is grateful for the dedication and devotion that Luis has exhibited over the last two seasons as manager,” Mets president Sandy Alderson said in a statement. “He has shown a great commitment to the Mets over many years in multiple capacities. These decisions are never easy, but we feel a change is needed at this time.”

The club will not pick up the option on Manager Luis Rojas for the 2022 season. Decisions regarding the remaining coaching staff will be made over the next several days. We have offered Rojas the opportunity to remain in the organization in a TBD capacity. https://t.co/Zq6sJmxiDR

Breaking: The Mets are declining Luis Rojas’ 2022 contract option. He will not be back as Mets manager.