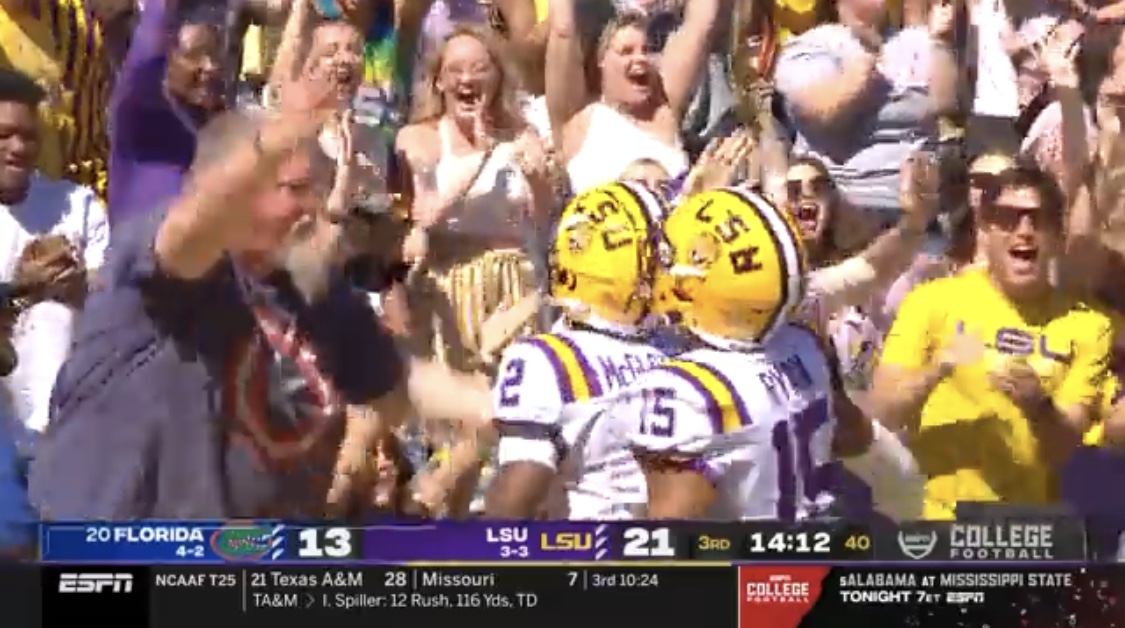 Tyrion Davis-Price rushed for an LSU-record 287 yards and three touchdowns, and the Tigers’ banged-up defense came up with four interceptions in a 49-42 victory over No. 20 Florida on Saturday.

The stirring performance produced thunderous roars from a Death Valley crowd that came in with low expectations after unranked LSU (4-3, 2-2 Southeastern Conference) had dropped its previous two games against Auburn and Kentucky, fueling speculation coach Ed Orgeron’s hold on his job was tenuous at best.

Florida gets next weekend off before meeting Georgia in Jacksonville on Oct. 30.