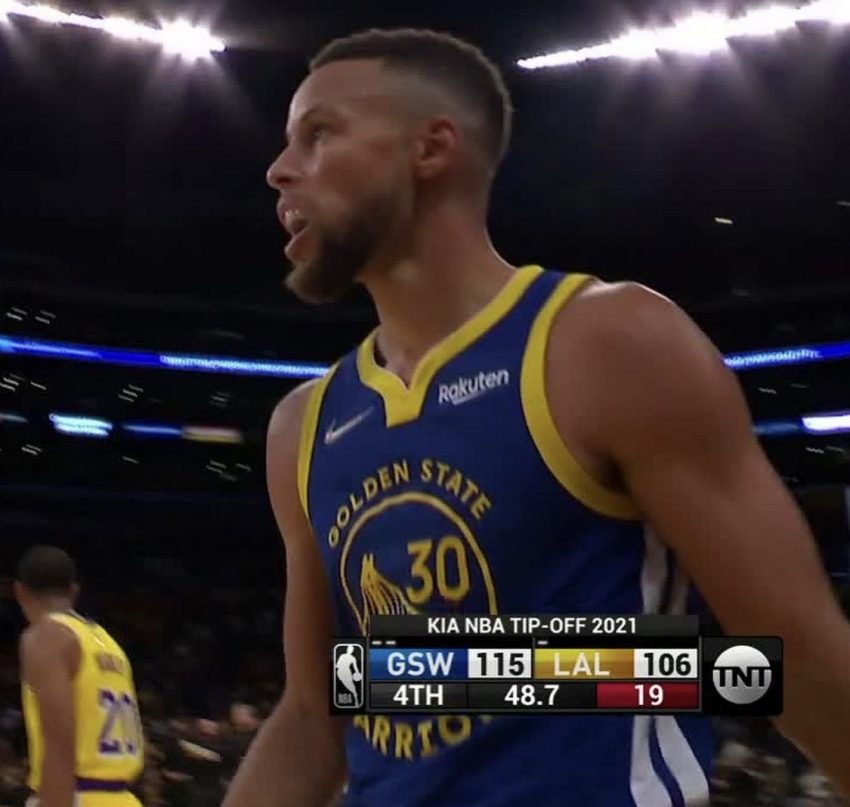 It might just be opening night, but the Golden State Warriors announced their re-entry into the championship picture by taking down the Los Angeles Lakers on Tuesday at Staples Center, 121-114. Backed by Stephen Curry’s triple-double and Jordan Poole’s surprising 20-point outburst, the Warriors proved that they are ready to start winning on the NBA’s biggest stage yet again.

Golden State finished the win with five players scoring in double figures. The Lakers, on the other hand, got 67 combined points out of LeBron James and Anthony Davis but only 47 from the rest of the roster.

Nets vs. Bucks. Warriors vs. Lakers. The race to the top starts tonight on @NBAonTNT pic.twitter.com/2XlG0HeZkJ

Don’t miss the @warriors vs. @Lakers at 10:00pm/et on TNT! #KiaTipOff21 pic.twitter.com/2yQZHuyTwP