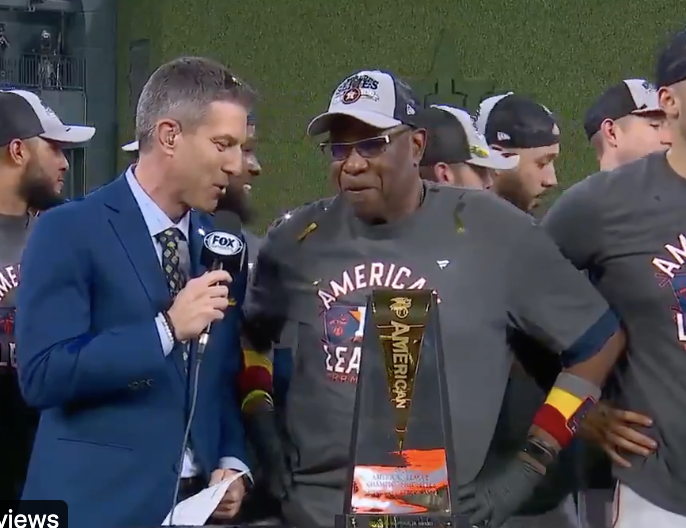 After toppling the Boston Red Sox, 5-0, in Game 6 of the American League Championship Series at Minute Maid Park on Friday, the Houston Astros — once again — are in the World Series. Including their now-tainted 2017 season, the Astros have reached the final round three times in the past five years. They fell one win short of winning the American League pennant in 2020.

Houston is going to the World Series for the third time in five years. The last American League team to do that was the Yankees from 1999-2003.

Dusty Baker will manage his first World Series since 2002.

And the amazing Yordan Alvarez is ALCS MVP.

#ForTheH 🤘 ⚾ Our Houston Astros are WORLD SERIES BOUND!!!! ABC13 has special post-game coverage streaming now on TV and our apps.