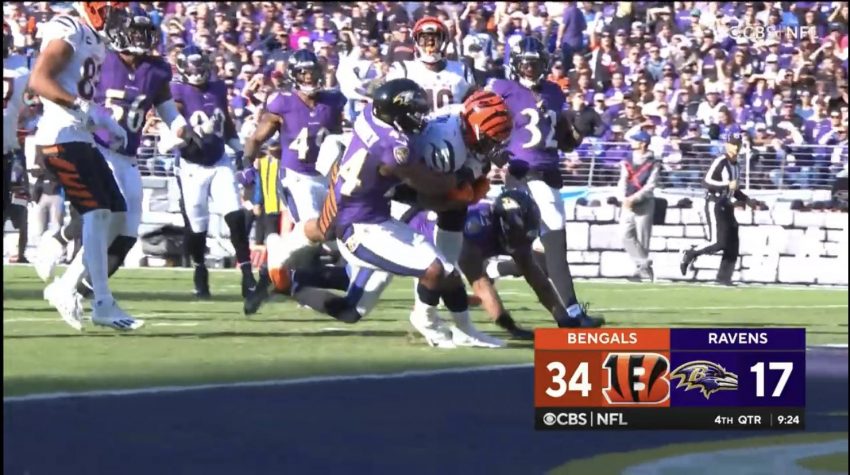 The Cincinnati Bengals have a share of the AFC North lead, following a 41-17 victory over the Baltimore Ravens. The win snapped a five-game losing streak to their division rivals and ended the Ravens’ run of five straight victories this season.

“We’ve just got tough, resilient guys that don’t back down under pressure,” Burrow said. “(Baltimore) puts the most pressure on you of any team that I’ve played in the league. We really responded today.”

Burrow was 23-of-38 passing for a career-high 416 yards, three touchdowns and one interception.

Are the Bengals AFC contenders? pic.twitter.com/UZTPfDlLDV

The Bengals DESTROYED the Ravens.