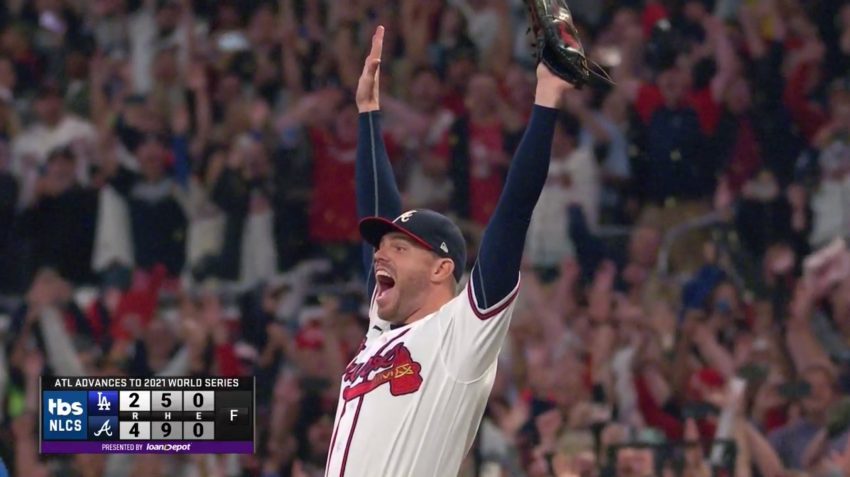 The Atlanta Braves knock out the Los Angeles Dodgers to win the series and heading to the World Series with a 4-2 victory in Game 6 of the NLCS at Truist Park.

Finished are the defending World Series champion Dodgers, who won 106 games in the regular season, but were on fumes by the time this series began after an intense NLDS against the Giants. Then they lost Justin Turner to a hamstring injury and received one start from a diluted Max Scherzer before he was scratched from another.

“These guys, after last year, we could just taste it,” Freddie Freeman said.

Next stop for the Braves is Houston, for Game 1 of the World Series on Tuesday night.

Braves win the pennant, Braves win the pennant! Will Smith strikes out two in a perfect 9th inning to close 4-2 win in Game 6 at sold-out Truist Park. They beat the Dodgers four games to two in the NLCS and Atlanta is going to the World Series for the first time since 1999.