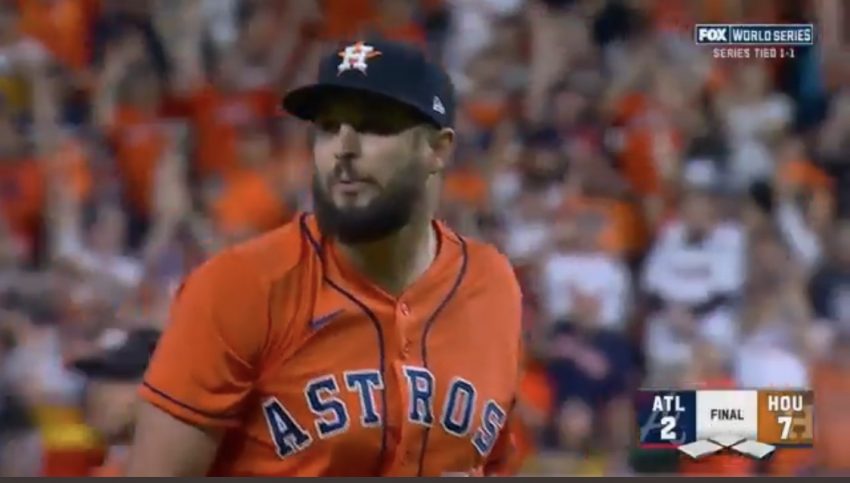 The Houston Astros on Wednesday evened the best-of-seven 2021 World Series at 1-1 with their 7-2 win over the Atlanta Braves. The Astros took a first-inning lead on an Alex Bregman sac fly that plated Jose Altuve. The Braves swiftly tied it on a solo home run from catcher Travis d’Arnaud in the top of the second, but in the home half the Astros took charge for good. Thanks in large measure to five singles off Atlanta ace Max Fried and some speed on the bases, the Astros were able to plate four runs in the inning.

In the seventh, Jose Altuve added some insurance with a solo home run. It was the 22nd postseason home run of his career. He also doubled in Game 2. Elsewhere in the lineup, Michael Brantley notched a multi-hit game in the postseason for the 18th time in his career.

After a travel day on Thursday, the series shifts to Truist Park outside Atlanta for Games 3, 4, and 5.