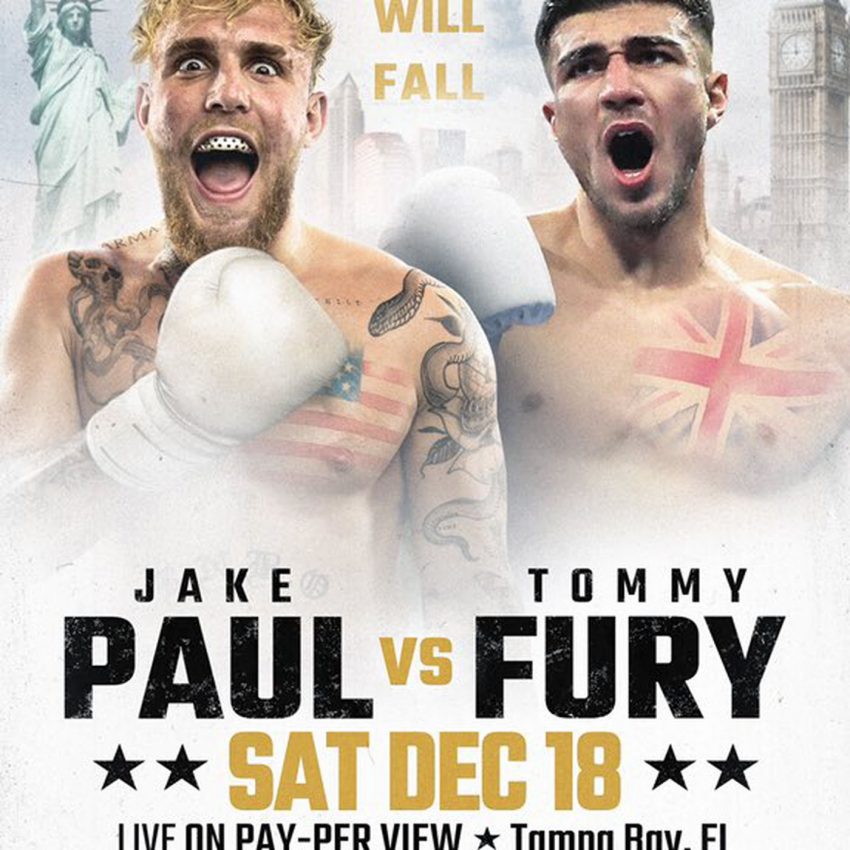 Paul, the YouTube-star-turned-prizefighter, will fight fellow undefeated boxer Tommy Fury on Dec. 18 in Tampa, Florida, it was officially announced Friday. The bout will be contested at 192 pounds and is contracted for eight, three-minute rounds.

Fury, 22, is the half-brother of lineal heavyweight champion Tyson and is 7-0 in pro boxing.

Paul, 24, rose to fame on the back of online content creation and has parlayed it into the fight game, where he holds a 4-0 record as a pro boxer. He’s one of the world’s most popular social media influencers. Fury, meanwhile, is a celebrity in the UK due to his appearance on the reality show “Love Island.”

Jake Paul x Tommy Fury is official for Dec. 18 at Amelie Arena in Tampa, per a press release.