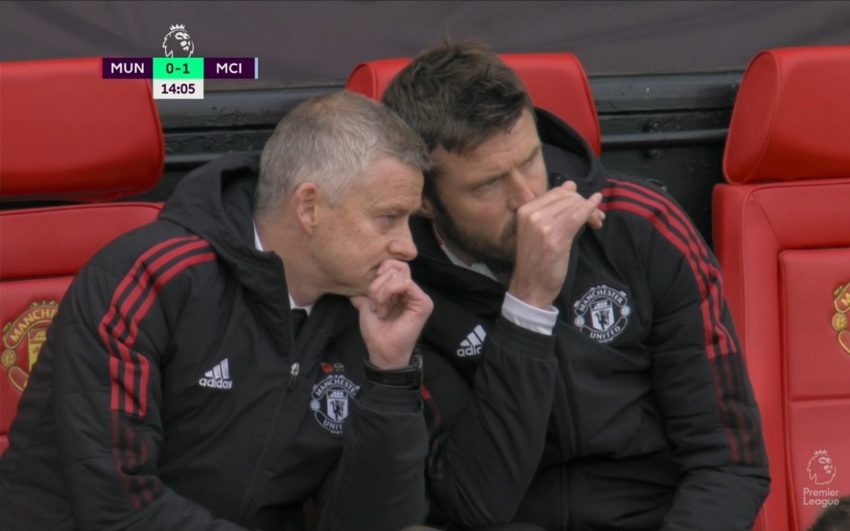 Manchester United had a 2-0 loss to Manchester City after Bernardo Silva met another delivery into the box from Cancelo, got ahead of Luke Shaw and beat goalkeeper David De Gea at his near post in stoppage time

Humiliation was avoided, two weeks after being routed 5-0 by Liverpool here, but it was another encounter to reinforce just how far United has slipped behind the Premier League’s elite.

Ole Solskjaer limps on in the job, with just one win from six league games. The only success came last Saturday against Tottenham, which acted swiftly to decide managerial change was required. And in firing Nuno Espirito Santo and hiring Antonio Conte, the north London club snapped up a potential replacement for Solskjaer.

753 – Manchester City completed 753 passes in their win over Manchester United – the most any team has completed in a Premier League match against the Red Devils since the 2003-04 season (when Opta began recording pass data). Olé.

Pep Guardiola on his record vs Ole Gunnar Solskjaer: “Congratulations for (Manchester) United for winning these duels against us… or some of them.” [via @MikeMinay]