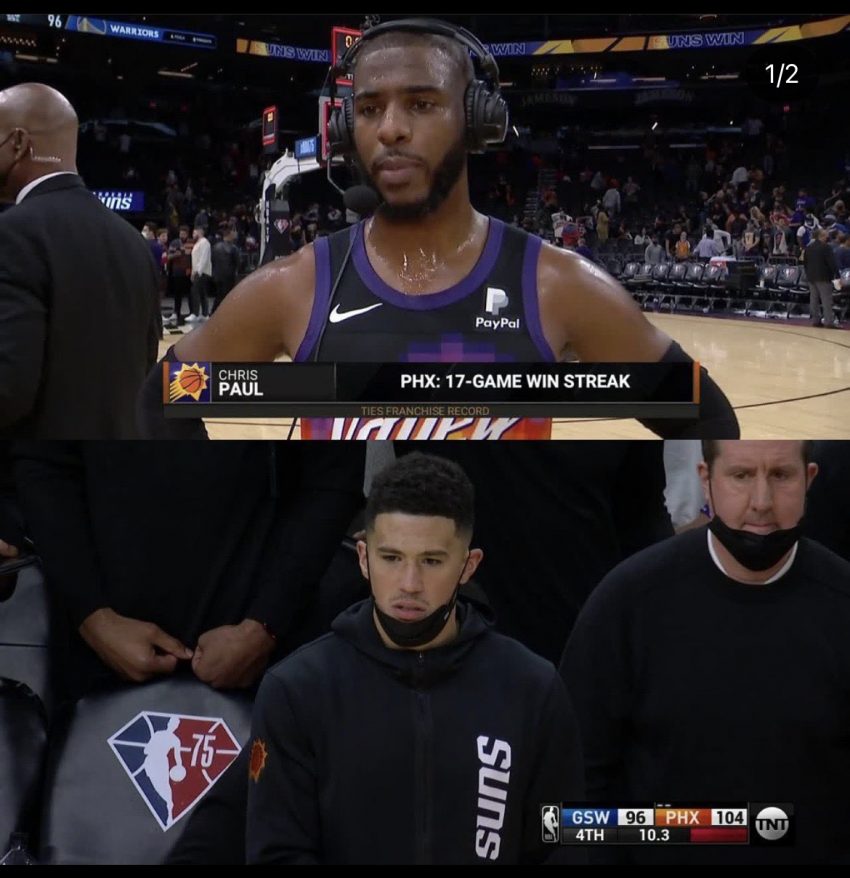 The Phoenix Suns on Tuesday extended their winning streak to 17 games with a 104-96 decision over the Golden State Warriors. Phoenix now owns the longest such streak in the NBA since the Milwaukee Bucks ran off 18 consecutive victories in November and December of 2019.

“You sort of forget about [the streak], because we’re just hooping,” Suns point guard Chris Paul said. “We prepare for every game the same way. When you do that, it’s about building habits. Three teams I’ve been on have won 17 in a row. It’s a really good feeling.”

Warriors guard Stephen Curry suffered through one of his worst offensive performances in recent memory. He finished the night with only 12 points, shooting just 4-for-21 from the field overall and 3-for-14 from beyond the arc.

The Suns win the battle atop the West against the Warriors ☀️

Tuesday’s Warriors-Suns matchup will be the first in NBA history in which both teams enter with a win pct of at least .850 AND each on at least a 7-game win streak.

It will also be the fifth matchup with a combined win pct of at least .875 in NBA history (min. 20 games). pic.twitter.com/wBQbikGGWR