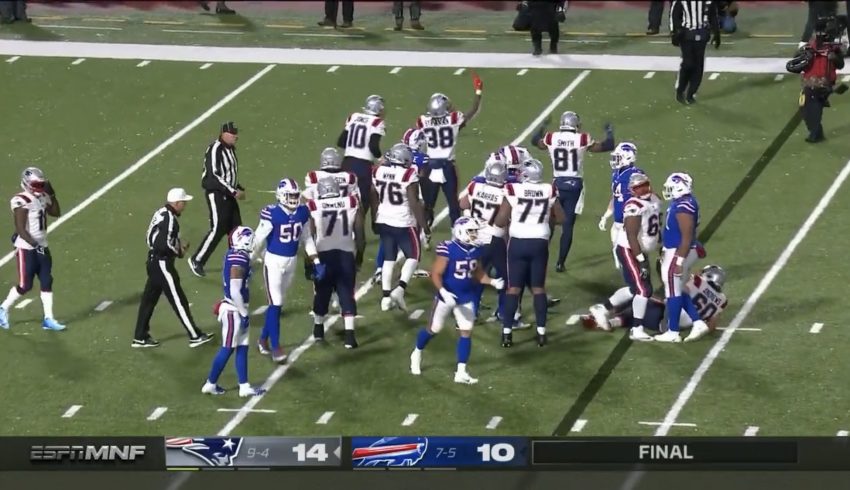 The Patriots have moved to 9-4 on the season, extended their winning streak to seven games and remain the No. 1 seed in the AFC thanks to a 14-10 win over the Bills in Buffalo on “Monday Night Football”.

Of their 49 total plays, 46 of those were rushing attempts. Mac Jones finished with just three passing attempts as he completed two throws for 19 yards.

From here, the Patriots will enter their bye in Week 14, while the Bills will gear up for another big matchup against Tom Brady and the Buccaneers down in Tampa on Sunday.

The Patriots just beat the Bills and only threw the ball 3️⃣ times 🤯 pic.twitter.com/cFyfVmzHZm