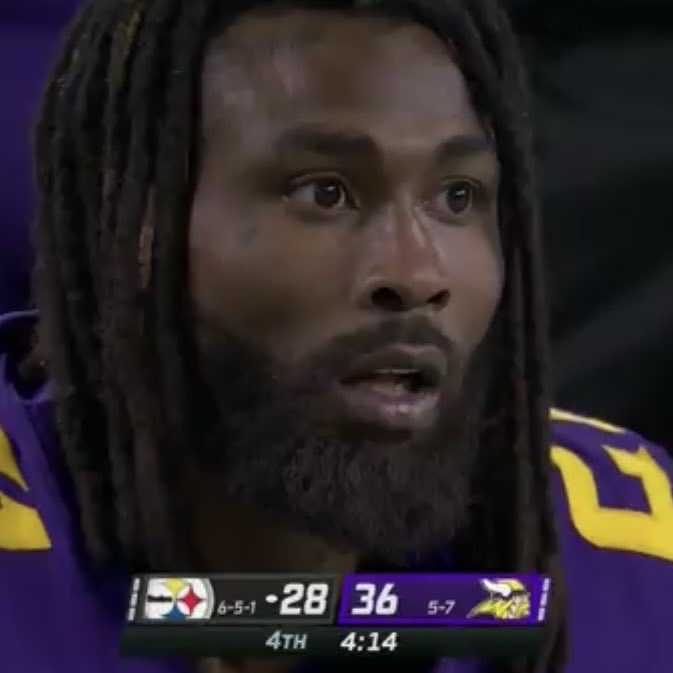 The Vikings led 29-0 in the third quarter on Thursday. They were hammering the Pittsburgh Steelers. But Minnesota has never met a win it didn’t try to blow, and somehow it nearly blew a 29-point lead to the Steelers.

Luckily, the Vikings avoided that ignominy. They held off a late Steelers drive and their 29-0 lead turned into a tense 36-28 win. The Steelers had a shot to tie on the final play and tight end Pat Freiermuth had a potential touchdown in his hands, but safety Harrison Smith made a clutch play to knock it out. It was a big win in terms of the NFC wild-card race, but Vikings fans probably didn’t have enough energy left to celebrate.

Vikings RB Dalvin Cook will play tonight vs. the Steelers with a shoulder harness, just as he did vs. the Saints in a January 2020 wild-card game, when he had 31 touches for 130 yards and two touchdowns. With the harness, expectations are that Cook maintains his regular workload.

If you turned the #Steelers–#Vikings game off… may want to turn it back on. 👀