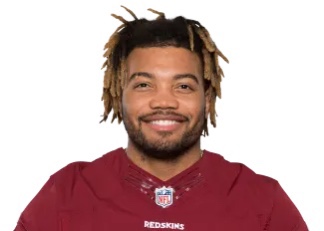 The NFL has suspended free agent running back Derrius Guice for the first six games of the season.

Guice was arrested last August and charged with one felony count of strangulation and four misdemeanors after a series of incidents involving the same woman. He was waived by Washington shortly after news of the arrest came to light.

The felony charge was dropped earlier this year and a judge in Virginia dismissed the other charges in June after Guice reached a settlement with his accuser.

He has remained a free agent since Washington cut him.

Free agent RB Derrius Guice has been suspended for the first 6 games of the season, per the wire.

The suspension stems from Derrius Guice’s domestic violence arrest in August 2020. Criminal charges were dropped in June, allowing NFL investigators to wrap up their personal conduct probe. The latest example of league discipline for a player even without a conviction. https://t.co/TGogonI021