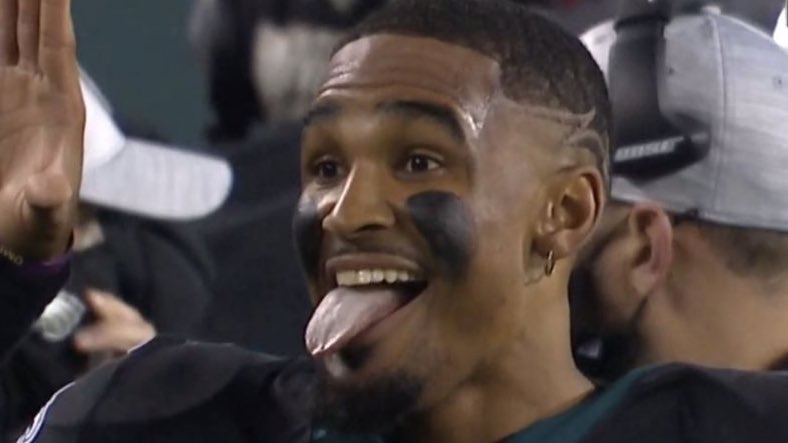 The Eagles welcomed Washington to town on Tuesday night for one of the last of the NFL’s delayed Week 15 games, and for a while, it looked like they might let their NFC East rivals silence the Philadelphia crowd. Behind journeyman Garrett Gilbert, making an emergency start at quarterback for a club down a combined 20+ coaches and players due to COVID-19, Washington jumped out to a 10-point lead on the road. But then the Eagles’ ground game came alive, and Jalen Hurts led Nick Sirianni’s run-heavy attack to own the second half and claim a 27-17 victory, maintaining their place in the NFC wild card race while putting a major dent in Washington’s chances.