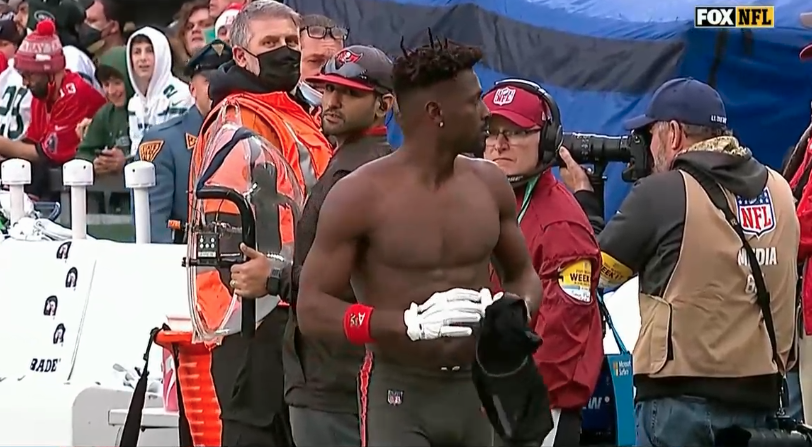 Buccaneers WR Antonio Brown is no longer part of the team after he ran off the field during the game, coach Bruce Arians said Sunday.

Teammates Mike Evans and O.J. Howard attempted to calm Brown, who took off his jersey, pads and undershirt, throwing his shirt and gloves into the stands. He then dashed across the end zone while both teams were on the field and waved to fans as he went to the locker room.

When Arians was asked what led to the decision to ultimately cut Brown, the coach said: “I’m not talking about him. He’s no longer part of the Bucs.”