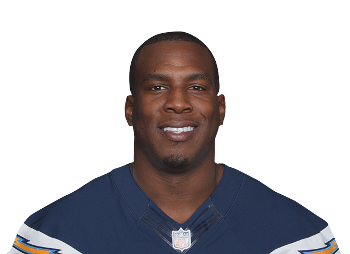 Longtime San Diego-Los Angeles Chargers tight end Antonio Gates announced Tuesday he’s retiring from the NFL after a 16-year career.Gates played for the franchise from 2003 to 2017, and he returned to the club for the 2018 season when tight end Hunter Henry tore his ACL in the offseason. He did not play during the 2019 season.In a statement, Gates thanked the Chargers and the team’s fans for a lengthy career that began as an undrafted rookie.”Thank you to everyone who has been part of this remarkable journey with me. I can’t wait to see what’s next,” he said.

The five-time All-Pro owns the record for the most career touchdowns by a tight end, having scored a total of 116 times. Gates broke the record formerly held by Tony Gonzalez in 2017. He retires with the seventh-most career touchdown receptions, trailing Jerry Rice by 81 scores.The eight-time Pro Bowler ranks 17th all-time in career receptions (955) and 29th in receiving yards (11,841).Gates was prolific in the red zone, proving to be a favorite target of Chargers quarterbacks Drew Brees and Philip Rivers from within the 20-yard line. A former basketball player at Kent State, the 6-foot-4, 255-pounder used his large frame to out-position defenders and high-point the football.Gates and Rivers combined for 89 total touchdowns, the most of any quarterback-tight end tandem in league history and the second-most between a quarterback and any type of receiver.”Antonio is not only one of the greatest Chargers to ever play the game, he’s one of the greatest players in NFL history,” Chargers owner Dean Spanos said in a release.”His contributions to our organization over the course of an unprecedented 16-year career, both on the field and in the community, cannot be overstated. What he&rsquo;s meant to our family, to his teammates and to Chargers fans everywhere over the years – there are no words. He’s the best to ever do it at his position, and all that’s really left is to start planning his Hall of Fame induction celebration in Canton.”